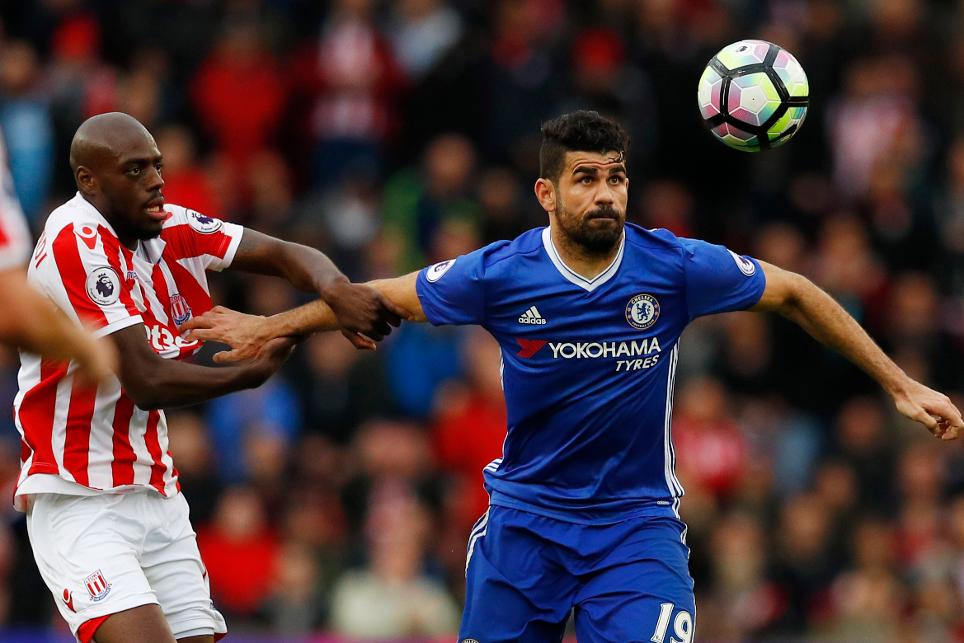 The Brazilian scored the opening goal from first-half free-kick after Marcos Alonso (£6.8m) had been fouled.

The centre-back completed 89% of his 69 attempted passes while contributing 17 clearances, blocks and interceptions (CBI).

Alonso was awarded the remaining bonus point, having provided the assist for Willian's dead-ball strike.

The Spaniard also completed 87% of his 31 passes and won four tackles to total 27 in the BPS.

Willian topped the ICT Index on 11.2, as Chelsea's wingers excelled in the Potteries.

He completed 20 passes in the attacking third – more than any other player – creating three chances to record the highest Creativity score on show (47).

Meanwhile, Pedro (£7.2m) impressed on the opposite flank to record 11.0 in the Index.

His five shots on goal – four from inside the Stoke penalty area – helped him register a top score of 57 for Threat.

Owned by 14.5% and 3.4% respectively, Chelsea's goalscorers Gary Cahill (£6.5m) and Willian are likely to remain overlooked by FPL managers.

Willian benefitted from Eden Hazard's (£10.2m) absence with a calf injury to start for the first time since Gameweek 23.

Meanwhile, Cahill has been overshadowed by defensive team-mates Alonso and Cesar Azpilicueta (£6.4m) in FPL terms; that pair are currently found in 15.1% and 17.6% of squads respectively.

Alonso remains the big draw. He has tallied more shots (33) than any other FPL defender since making his debut in Gameweek 6, and struck the bar with a second-half free-kick on Saturday.

However, Antonio Conte's rearguard have failed to provide a clean sheet for six successive Gameweeks having supplied six in their previous eight matches.

Chelsea's attack appears to be of greater concern for FPL managers.

The 28.8%-owned Hazard is the third-most sold asset since Saturday's deadline, with more than 15,000 showing him the exit.

Meanwhile, having returned a single point and with only one goal from his last five away matches, Diego Costa (£10.7m) is second only to the injured Harry Kane (£11.2m) for sales ahead of Gameweek 30 (12,000+).

This follows huge investment prior to Saturday’s victory, with Costa picking up 250,000 new owners as the most popular replacement for Kane.

For Stoke, a testing short-term schedule with trips to Leicester City and Burnley up next keeps their FPL assets on the periphery.

Joe Allen's (£5.2m) yellow card on Saturday was his ninth of the season. Owned by 10.3% of FPL managers, should he receive a caution over his next three Gameweek fixtures, he will face a two-match suspension.