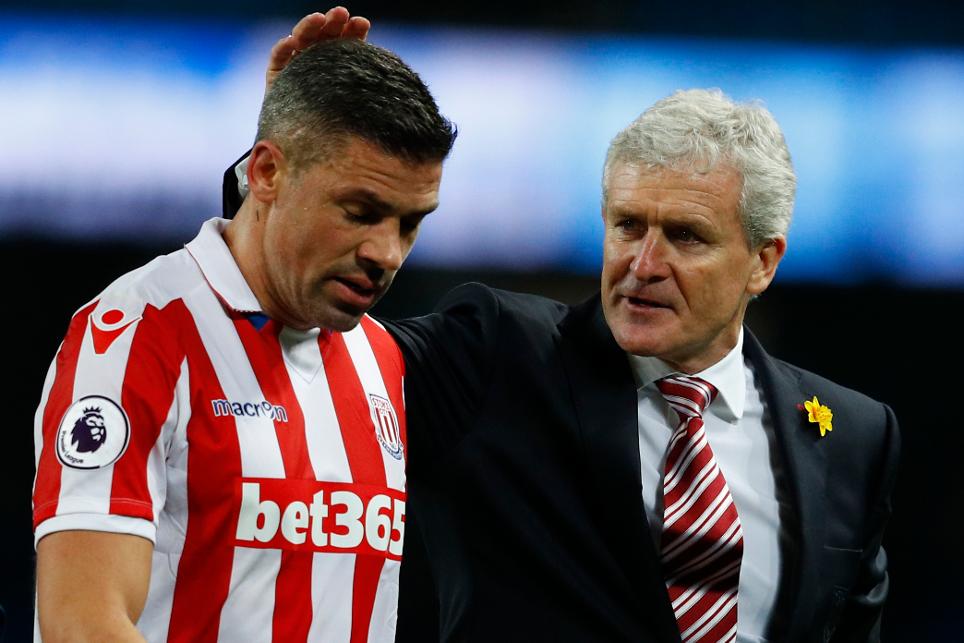 Mark Hughes says he is considering making changes to his Stoke City line-up for Saturday's match against Chelsea - despite seeing his side hold Manchester City to a draw last time out.

“They play in a slightly different way than Manchester City do with three at the back, as opposed to four, so we will do a bit of work on that,” Hughes told stokecityfc.com.

“There may well be a few changes but not radical ones."