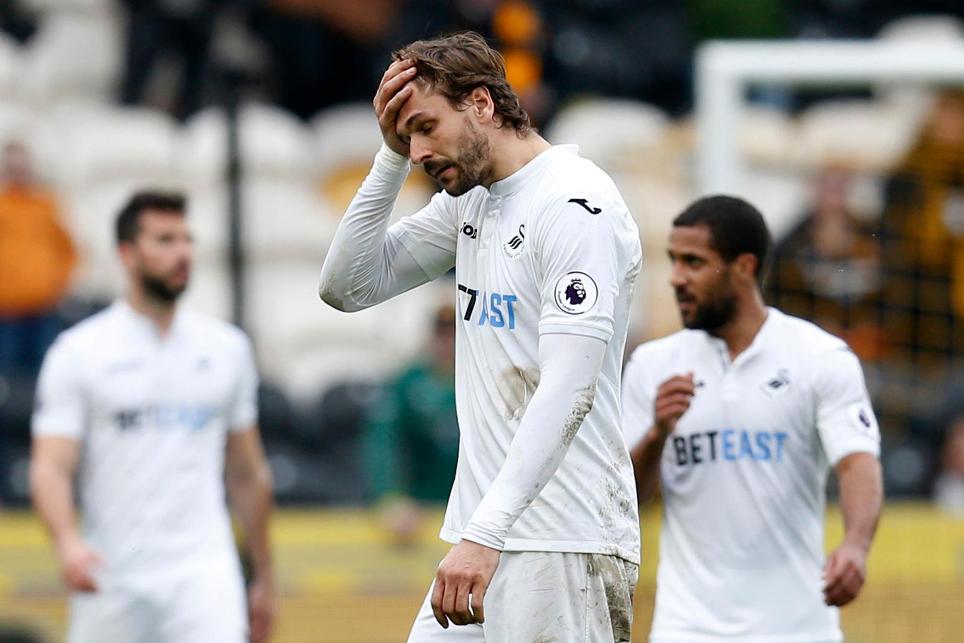 After almost 400,000 managers brought in Swansea striker, many have been quick to ditch after injury against Hull

The Everton loanee's brace earned him 55 in the Bonus Points System (BPS), as he provided a key pass and won a tackle in his 28 minutes on the pitch.

The midfielder again impressed, supplying three open-play crosses and four key passes, two of which created big chances for team-mates. That helped him scored 32 in the BPS.

Thanks to his fourth goal over the last nine Gameweeks and 92% completion of 39 attempted passes, Mawson earned the final bonus point with a BPS score of 25.

With a score of 14.2, Sigurdsson topped the ICT Index thanks mainly to a Creativity tally of 64, the best haul across Gameweek 28.

He supplied 12 crosses on Saturday, with four chances created, of which one was his 11th assist of the campaign.Hull’s Kamil Grosicki (£5.5m) registered the highest Threat total (72) on show.

The midfielder produced four shots on goal, with three from inside the box, helping him to an Index score of 12.2.

Left-back Andrew Robertson (£4.4m) topped the Hull ranks for Creativity with a score of 32. He completed the most passes in the attacking third (13) and creating two chances.

Niasse has three goals in five appearances off the bench for Hull, but has failed to find the net in his three starts.

The Senegal forward is ineligible to play against parent club Everton in Gameweek 29, hindering his immediate prospects, with head coach Marco Silva likely to start with Abel Hernandez (£5.9m) as the lone striker again.With home matches against West Ham United and Middlesbrough to follow, Niasse could provide a short-term differential, being owned by just 0.4% of FPL managers.

Swansea’s assets were hugely popular targets heading into the disrupted Gameweek 28, but both Fernando Llorente (£6.5m) and Martin Olsson (£4.6m) failed to deliver.

Llorente, brought in by over 378,000 managers ahead of Saturday, registered just a point after being forced off with a dead leg before half-time.

Olsson disappointed his 52,000 new owners by earning a booking and was forced to complete the match with an ankle injury after Swansea had made all their substitutions.

Both will be assessed prior to the Gameweek 29 trip to AFC Bournemouth.

Some FPL managers have not opted to wait on Llorente, who is the most sold asset since Saturday’s deadline. More than 43,000 managers have moved him out of their squads.