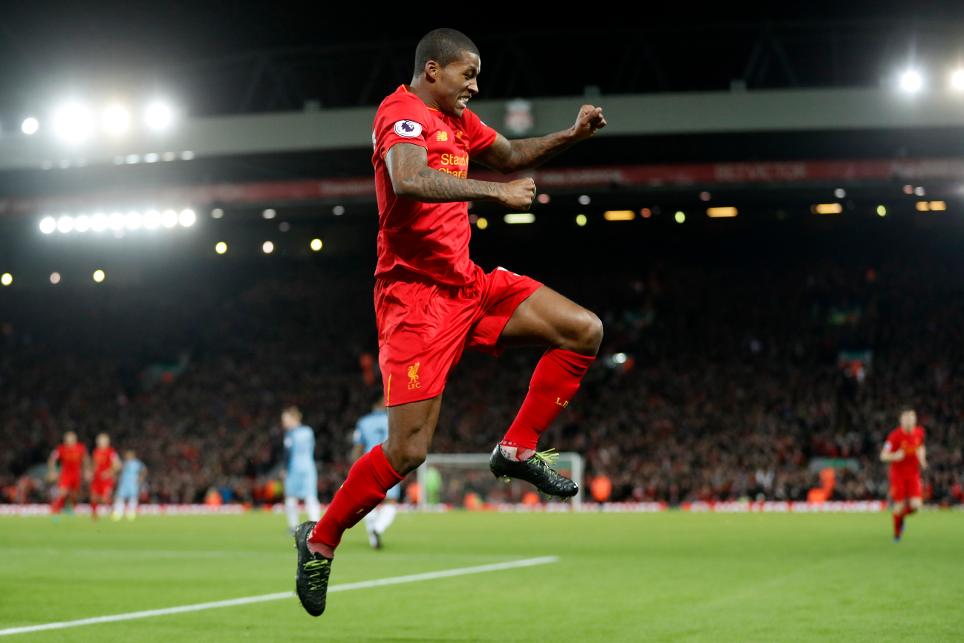 In a Liverpool midfield packed with Fantasy Premier League talent, Georginio Wijnaldum (£7.5m) has struck a late claim for consideration ahead of a home encounter with Burnley.

With Sadio Mane (£9.5m), Roberto Firmino (£8.4m), Philippe Coutinho (£8.2m) and Adam Lallana (£7.0m) all boasting at least 10% FPL ownership, the summer signing from Newcastle United has remained a peripheral figure and sits in 1.3% of squads.

But the Dutchman's recent performances indicate that he could be a viable option for the season run-in.

Over his last four Gameweek appearances, Wijnaldum has produced two goals, an assist and five FPL bonus points. His average of 6.75 points per match in that spell is far superior to 3.04 beforehand.

Assessed against his output from Gameweeks 1-22, there has been a clear upturn in the midfielder's goal threat.

Although Wijnaldum's shots per match have risen only slightly (from 1.6 to 2.0) and shots in the box have remained identical (0.8), his shots on target have more than doubled, up from 0.5 to 1.2.

At Anfield, in particular, he is starting to mirror the displays that produced 11 home goals for Newcastle last season - more than any FPL midfielder.

Wijnaldum has delivered returns in five successive appearances in front of his own supporters, including goals against Manchester City, Chelsea and Arsenal, and assists against Swansea City and Tottenham Hotspur.

As one of only eight sides set to feature in a reduced Gameweek 28, FPL interest in Jurgen Klopp's side has boomed.

Burnley's away record merely heightens Wijnaldum's appeal. Away from home, the Clarets have mustered a single clean sheet and conceded more shots inside the penalty area (157) than any other side.

Liverpool's fixture schedule also suggests that Wijnaldum could be set to benefit. Seven of their final eight matches of the campaign score two in the Fixture Difficulty Rankings (FDR).

Subject to 2,000+ transfers in since the weekend deadline, Wijnaldum continues to be largely overlooked, yet his form and fixtures indicate that the Dutchman cannot be ignored.