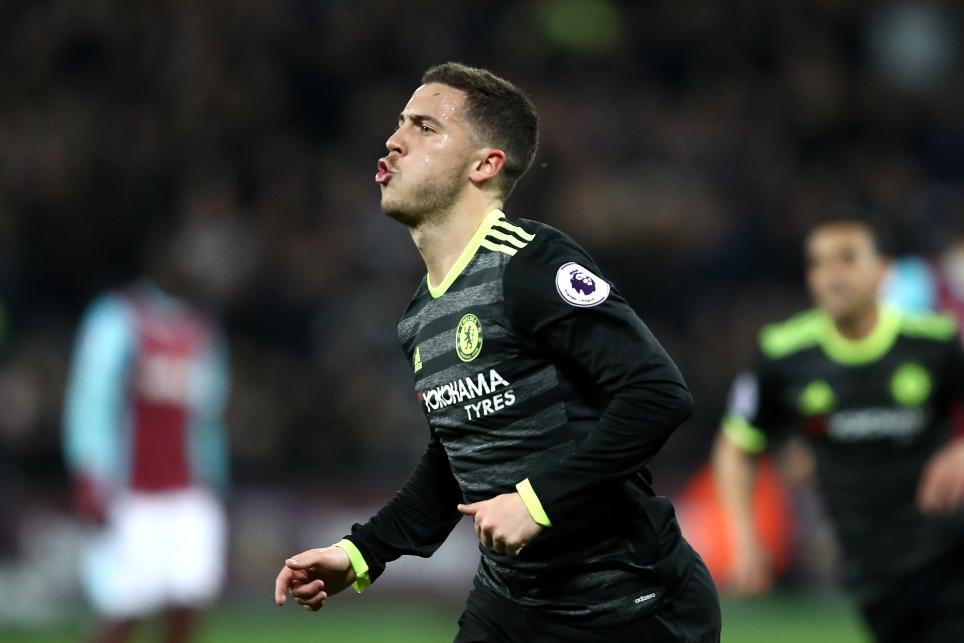 Manuel Lanzini (£6.3m) netted a late consolation for the Hammers and was also able to claim three bonus points, with that trio sharing a Bonus Points System (BPS) score of 32.

Meanwhile, Costa completed 30 passes and mirrored Hazard’s pair of key passes. But his BPS tally suffered as he was tackled on six occasions.

With a score of 11.6, Costa topped the ICT Index thanks in the main to a Threat score of 56.

He fired two close-range shots, converting one for his 17th goal of the campaign.

Lanzini led the way for West Ham, recording 8.0 in the Index, having completed more passes in the attacking third (13) than any of his team-mates.

He also produced four shots on goal; more than any other player in Monday's contest.

Your man of the match from last night's game - @hazardeden10! 🔥 pic.twitter.com/1eAuD40zUi

Sold by 156,000 and 179,000 managers respectively heading into Gameweek 27, Costa and Hazard provided a reminder of their worth to FPL managers.

Hazard’s goal was his first away from Stamford Bridge since the Gameweek 14 win at Manchester City. A 12-point return elevated the Belgian to second in the overall FPL standings: Arsenal's Alexis Sanchez (£11.6m), with 187, is the only asset to better his 163-point tally.

Meanwhile, Costa continues to show consistency, having produced a goal or an assist in four of his last six starts.

He has, however, managed double-figures on only three occasions this season, a factor that limits his appeal next to options such as Everton's Romelu Lukaku (£10.0m) and Tottenham Hotspur’s Harry Kane (£11.3m), who have both hit double-digits six times.

Chelsea now miss Gameweek 28 due to their involvement in the FA Cup quarter-finals but then enjoy promising matches at Stoke City and at home to Crystal Palace.

Those fixtures could revive interest in both Hazard and Costa, particularly with a potential "double Gameweek" arriving later in the campaign for Antonio Conte's side.

Confidence in the Blues' backline has taken a dent, however.

Lanzini was the standout performer for West Ham.

Owned by 1.3% of FPL managers, the playmaker has claimed three goals and a trio of assists over his last six Gameweeks, tempting investment ahead of Saturday's trip to AFC Bournemouth.

The Hammers are one of only eight teams to play in Gameweek 28, promoting interest in Lanzini, as well as fellow midfielder Michail Antonio (£6.9m) and striker Andy Carroll (£6.2m).

Antonio will be available after suspension at Vitality Stadium, while the fit-again Carroll was back on the teamsheet for Monday's encounter.

He would seem set to lead the attack against a Cherries side who have conceded 21 goals in their last eight Gameweeks.