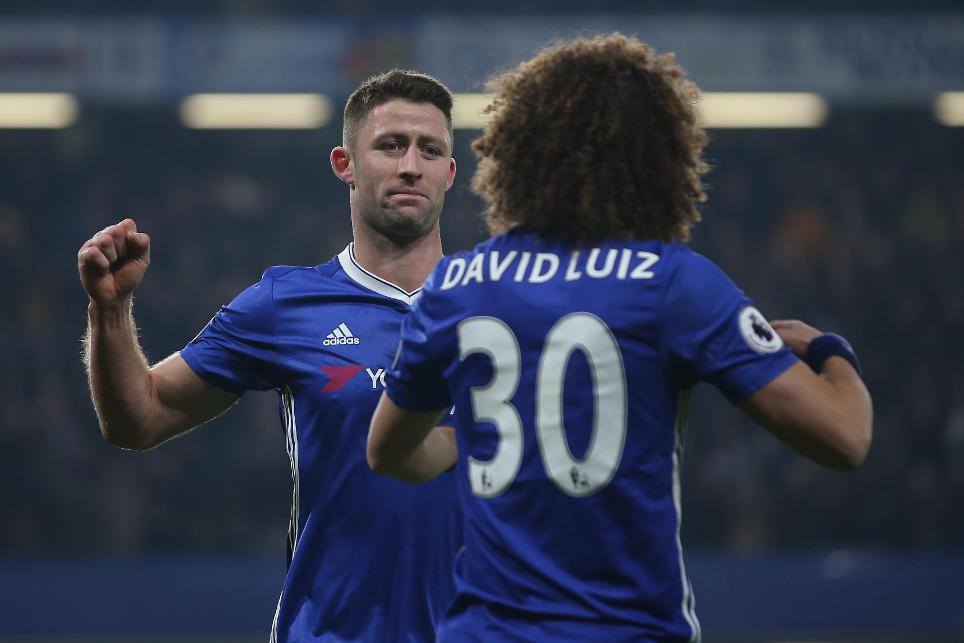 Gary Neville says Chelsea are "without a doubt the strongest team" in the Premier League, and says the surprise form of their defence has been instrumental to their success.

The Blues will go 10 points clear of second-placed Tottenham Hotspur at the top of the table if they win at West Ham United on Monday.

Speaking about central defensive trio Gary Cahill, David Luiz and Cesar Azpilicueta, as well as wing-backs Marcos Alonso and Victor Moses, in the video above, Neville said: "Those five had question marks about them.

"That defence has surprised and shocked everybody. Now, without a doubt they look the strongest team."