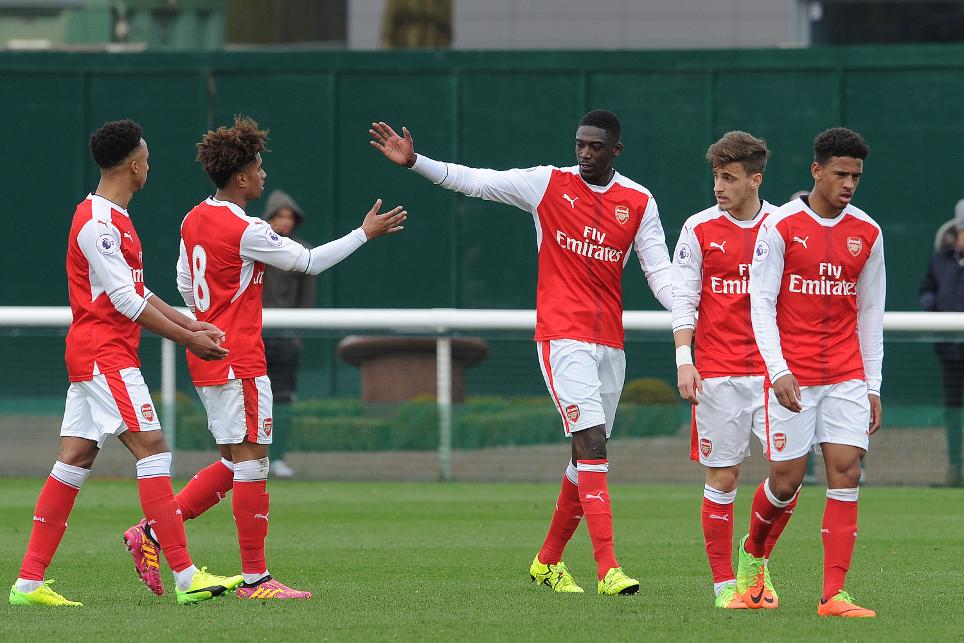 Yaya Sanogo scored on his return from injury as Arsenal claimed a 2-0 north London derby victory over Tottenham Hotspur in Division 1.

The striker, who has not featured this season, slotted in the opener shortly before half-time after an attempted clearance rebounded off Gunners defender Mathieu Debuchy into his path.

This strike from Yaya gives us the lead going into the break pic.twitter.com/p5OOzoiJg9

Arsenal added a second at London Colney on 88 minutes when Donyell Malen’s cut-back was converted by Reiss Nelson.

Emiliano Martinez and Carl Jenkinson also featured for Arsenal, who move up to third in PL2 Division 1, having played at least one match more than their nearest rivals. They face Manchester City at Emirates Stadium on Monday 13 March.

Spurs are two points above the relegation zone in seventh position and next host Reading at Stevenage’s Lamex Stadium, also on 13 March.