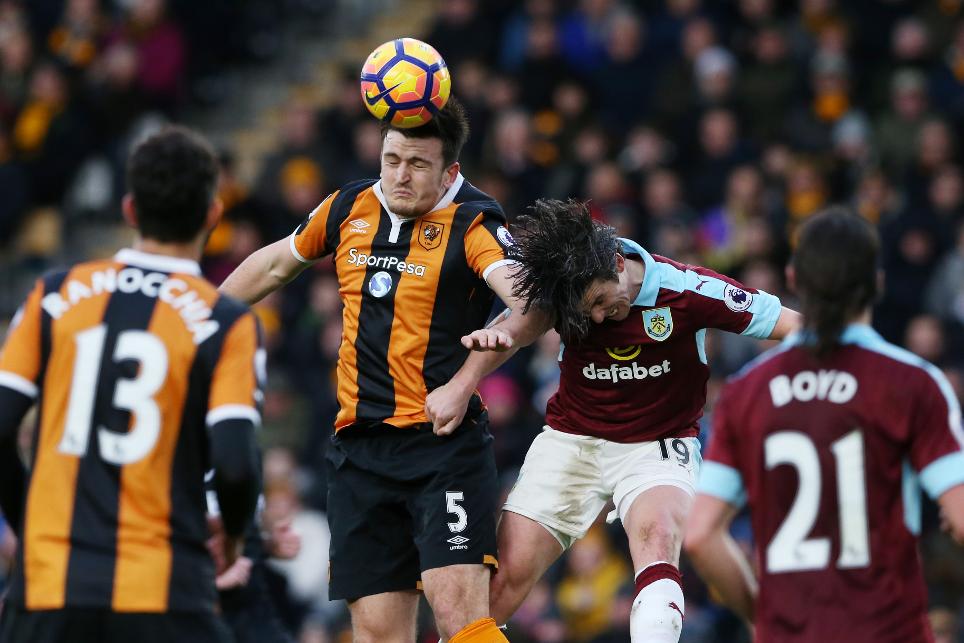 Tallying 31 in the Bonus Points System (BPS), Huddlestone converted a second-half penalty and made nine clearances, blocks and interceptions (CBI), along with four recoveries.

Two players were tied on 21 in the BPS.

Hull's Harry Maguire (£4.4m) contributed a staggering 20 CBI (six more than any other player in Gameweek 26). This helped the centre-back to two bonus points - his first of the campaign.

The winger added to his home debut goal against Chelsea in Gameweek 25 with the assist for Michael Keane's (£5.0m) equaliser, one of two key passes he supplied.

Both Huddlestone (8.7) and Brady (7.0) fared well in the ICT Index, occupying the top two positions via their respective goal and assist contributions.

The Polish winger fired in five shots on goal, two from inside the Burnley penalty area, though failed to hit the target with a single effort.

Hull City and Burnley remain on the radar for FPL managers, with both sides guaranteed fixtures in Gameweek 28.

The Tigers enjoy a favourable run up to Gameweek 31; Swansea City, West Ham United and Middlesbrough are all due on Humberside.

That promotes interest in goalkeeper Eldin Jakupovic (£4.1m) and Maguire in defence, although the latter suffered an injury on Saturday that will be assessed prior to the Gameweek 27 trip to Leicester City.

Lazar Markovic (£5.4m) will also be monitored ahead of that encounter. The winger missed out against Burnley after suffering a minor setback in training.

For the Clarets, FPL options appear limited beyond popular goalkeeper Tom Heaton (£5.1m), who remains in 19.4% of squads.

But Keane's goal offered a reminder of his threat; Crystal Palace's Scott Dann (£5.2m) is the only defender to record more shots from inside the box this season (20 to 17).

That fixture is one of three successive away trips before Burnley host Tottenham Hotspur at Turf Moor in Gameweek 30.