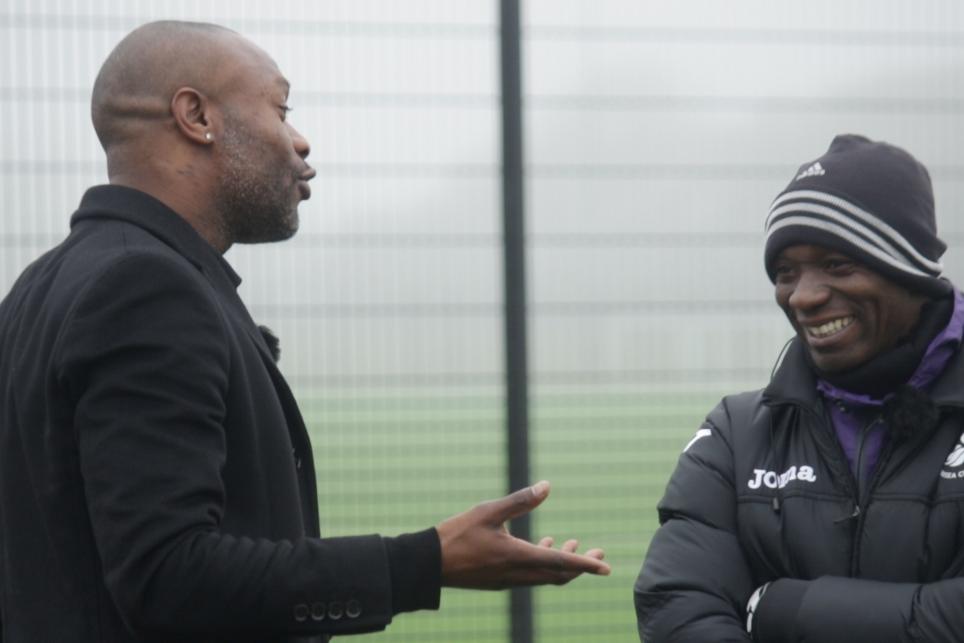 Clement urges players to do themselves a favour External Link

Conte: It was the worst initiation song External Link

William Gallas says that Swansea City are on to a good thing with Claude Makelele on their coaching staff, revealing how his experience and knowledge helped him immensely when he was a player.

“When he arrived at Chelsea I learned a lot from him,” Gallas, who interviewed the Swansea assistant coach for French television this week, told swanseacity.net. “He spoke to me on and off the pitch, telling me what to do to help the team.

"He made my job easier. When you had Claude Makelele in front of you, then you played with a cigar in your mouth."

Just how good was it to play alongside @ClaudeMakelele? 🤔

We find out from former France star @wgallas13.

Makelele, who won two Premier League titles with Chelsea, is now planning to put one over on his former side when the Swans visit Stamford Bridge on Saturday.

See: Clement urges players to do themselves a favour