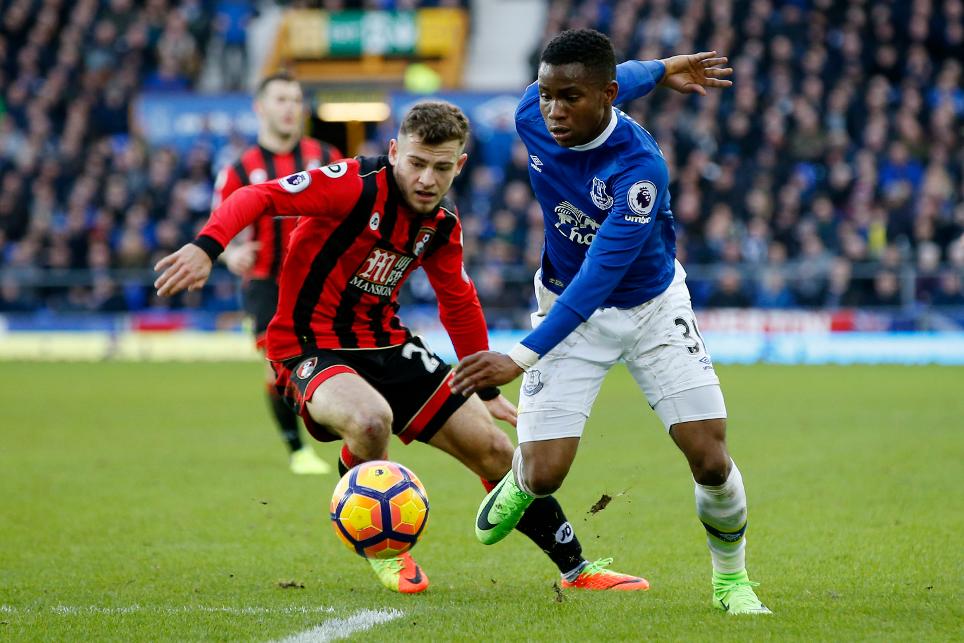 Dom "Champing At The Bit" To Return External Link

Yakubu: Gana Is Signing Of The Season External Link

A home encounter with Sunderland presents Ademola Lookman (£5.4m) the opportunity to continue his impressive start to life at Everton and build his profile as a Fantasy Premier League target.

Signed from Charlton Athletic in January’s transfer window, the attacking midfielder netted his first goal for the Toffees within seconds of being introduced late on in a Gameweek 21 win over Manchester City.

Thanks to three eye-catching displays from the bench, Lookman was preferred to Kevin Mirallas (£6.1m) in Ronald Koeman’s XI for the recent home win over AFC Bournemouth and retained his spot at Middlesbrough in Gameweek 25, with the Belgian sidelined through injury.

While his starting role is far from assured, FPL managers should be alert to his potential and monitor his performances from here on.

Lookman fired four shots on goal in the recent stalemate at Middlesbrough. He was the only Everton player to manage more than a single effort in the goalless draw.

Since making his debut in Gameweek 21, Lookman’s goal threat is impressive when compared with his Toffees team-mates.

But Lookman has played 184 minutes over those five appearances, which equates to a shot every 16.7 minutes, far more frequent than both Lukaku (37.5 minutes) and Barkley (40.4 minutes).

Furthermore, the new arrival is ranked second only to Lukaku for shots inside the opposition box (by eight to 10) while he is also runner-up to the Belgian for efforts on target (by five to six).

Owned by 0.1% of FPL managers, Lookman offers a cut-price route into a Toffees team set to embark on a kind schedule of fixtures.

One of only eight teams set to feature in both Gameweek 26 and 28, Everton – who have scored 13 goals in their last three home outings – will entertain Sunderland, West Bromwich Albion, Hull City, Leicester City and Burnley over their next eight match-ups.