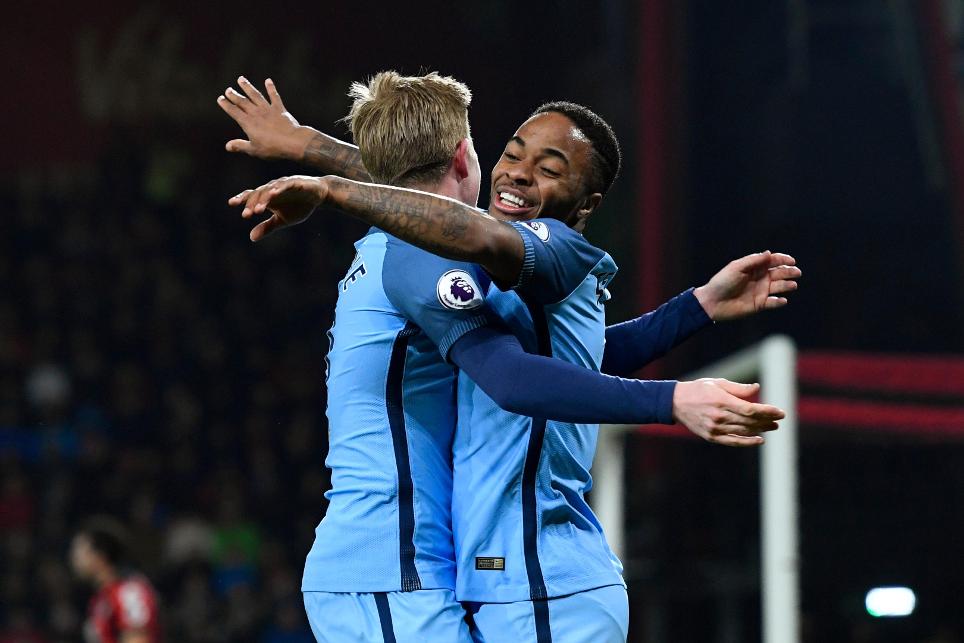 Daniels - Man City are a fantastic side External Link

Manchester City are second in the Premier League after a 2-0 win at AFC Bournemouth.

After Willy Caballero had denied AFC Bournemouth’s Jordon Ibe when through on goal, City took control.

Shortly after his shot was deflected on to the woodwork, Raheem Sterling converted Leroy Sane’s cross in the 29th minute.

AFC Bournemouth thought it was 1-1 a minute later, but Joshua King’s goal was ruled out for a foul.

The home side started the second half brightly but their first shot on target only came in the 67th minute.

A minute later City were 2-0 up. Sergio Aguero, an early substitute for Gabriel Jesus, poked in Sterling’s cross, although the final touch came from Tyrone Mings.

Man of the match Raheem Sterling