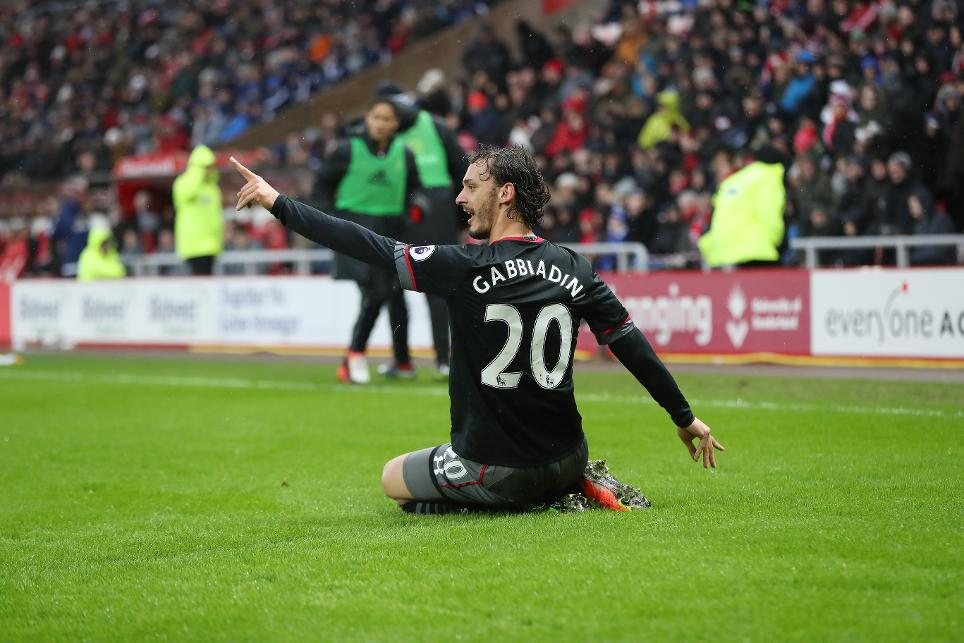 Managers may be wise to wait on Southampton striker despite 50,000+ transfers in after three goals in two matches

The Italian added a successful tackle and a key pass to his two goals to earn a total of 60 in Bonus Points System (BPS) - the biggest score in Gameweek 25 so far.

Team-mate Ryan Bertrand (£5.4m) finished second to the striker, both for Southampton and in the Gameweek as a whole, scoring 48 in the BPS.

The left-back collected two bonus points having contributed 10 recoveries, eight clearances, blocks and interceptions (CBI) and completing 45 of his 51 attempted passes - including two assists (his third in as many Gameweeks).

Fellow Saints defender Cedric Soares (£4.8m) was awarded the final bonus point. He registered 35 in the BPS having made 10 recoveries and three successful tackles.

Gabbiadini also led the way in the ICT Index, scoring 15.9 from the Stadium of Light victory.

He registered a Threat tally of 67, having managed five goal attempts, with three arriving from inside the box.

Dusan Tadic (£7.0m), who provided the pass for Gabbiadini’s second, ranked second in the Index with a total of 11.9.

The midfielder recorded the highest Creativity score of the match (56), completing 28 successful passes in the final third and laying on three scoring opportunities.

With three goals in his first two matches, Gabbiadini has made a huge impact since his arrival at St Mary's Stadium.

Deployed in the lone striker role, he has recorded 11 goal attempts with 10 arriving from inside the box - more than any other forward over the last two Gameweeks.

FPL managers have been quick to react to his early returns.

More than 51,000 have transferred the Italian in, this despite Southampton missing Gameweek 26 due to their participation in the EFL Cup final.

Gabbiadini and Southampton could also sit out Gameweek 28 should Manchester United make it past Blackburn Rovers in their FA Cup fifth round tie this weekend.

As for Sunderland, they have failed to score in three of their last four matches and are another side potentially affected by a Gameweek 28 postponement.

With testing match-ups against Everton and Manchester City to come, Jermain Defoe's (£7.8m) stock is in decline.

He failed to register a single goal attempt against Southampton, with 18,000+ FPL managers since transferring him out; Manchester United's Zlatan Ibrahimovic (£11.6m) is the only FPL forward to suffer more sales ahead of Gameweek 26.