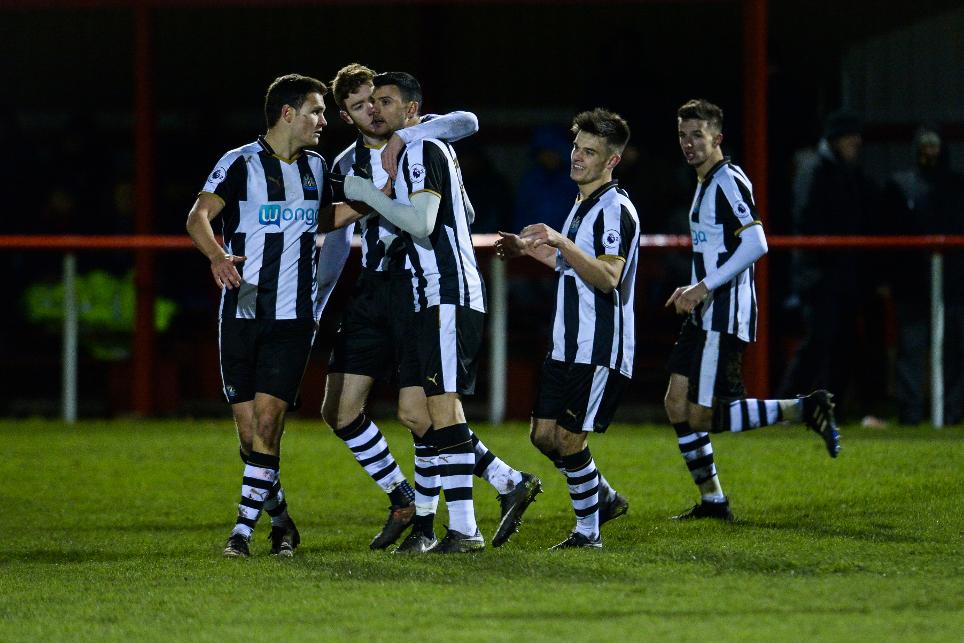 Two goals from Haris Vuckic helped Newcastle United move to the top of Group A as they beat bottom-placed Bristol City 4-0.

The Slovenian opened the scoring after a flowing team move in first-half stoppage time before Victor Fernandez added a second from a tight angle just after the break.

Vuckic netted again on 53 minutes, benefitting from another Fernandez assist to tap in from close range, before Jamie Holmes fired in a fourth late on.

The result means Newcastle move one point above Southampton, who play third-placed Swansea City this evening. The Magpies have one match left while the other Group A teams have three.

Newcastle’s final group tie is at home to Southampton on Tuesday 28 February, while Bristol City next host Saints on Thursday 16 February.