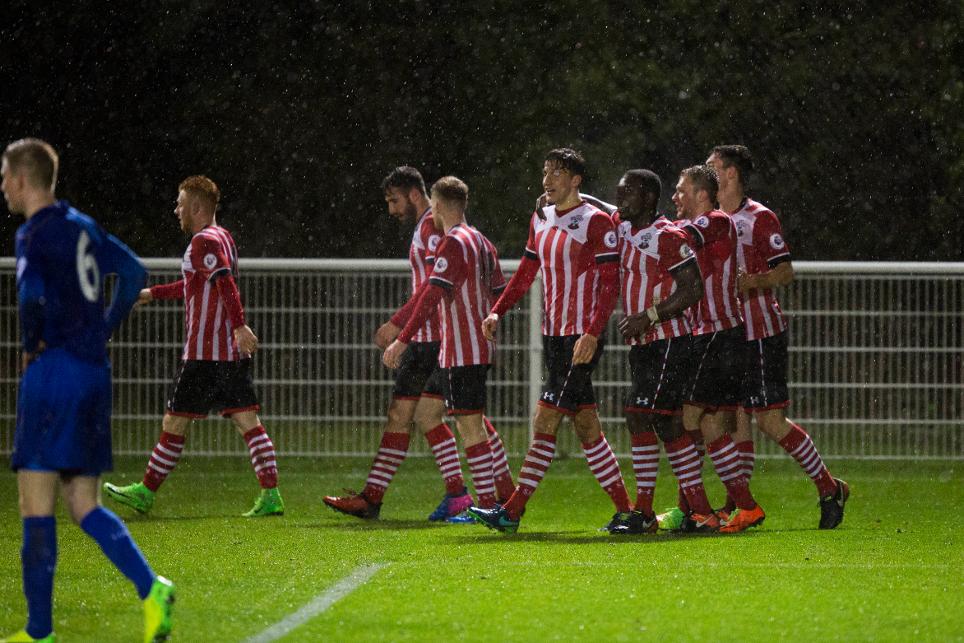 Seager converted Olufela Olomola's pass for the opener and Jones headed the second to move the Saints up to seventh with a four-point cushion above the relegation zone.

Goalkeeper Mouez Hassen also made his first appearance since his January loan move to Southampton from French side Nice.

MATCH ROUND-UP: Action, major moments and who's next for #lcfcu23s can be found here after Southampton setback ➡️ https://t.co/6mrKuEur4Z pic.twitter.com/aVqQrR8TMB

The battle against relegation is tightening up in Division 1. Saints are five points above Leicester, who are now bottom - two points adrift of safety - after Derby County's 5-3 win over Manchester United.

Read our report from Holmes Park, where #SaintsFCU23s saw off their #LCFC counterparts in the #PL2: https://t.co/NSNESYIEWR

Both sides are back in action in the Premier League Cup next Monday night, with Leicester taking on Brighton & Hove Albion at Crawley and Southampton hosting Swansea City at their training ground.