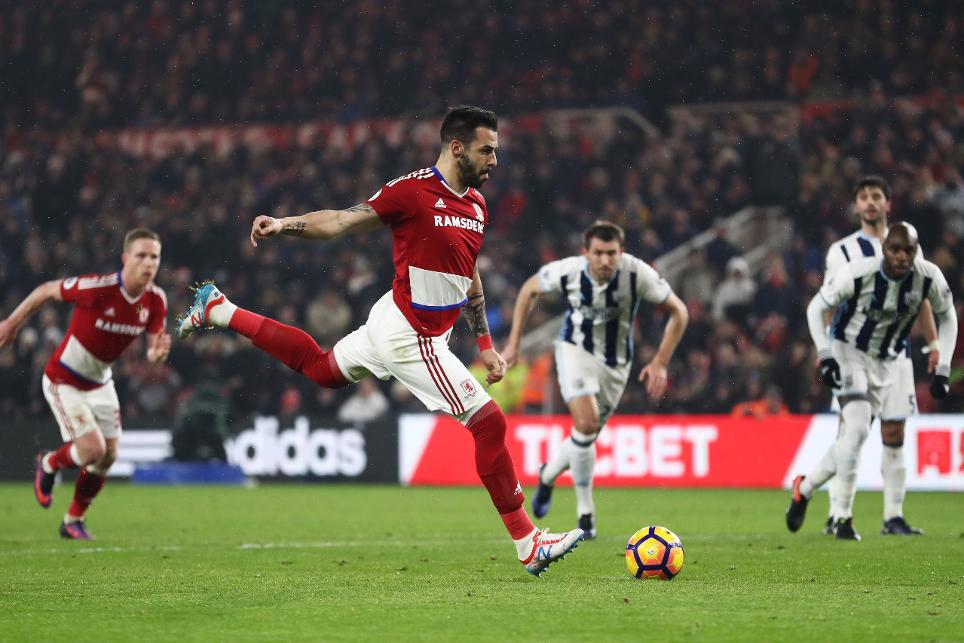 Returning to the starting line-up following injury, the Spaniard scored 28 in the Bonus Points System (BPS) having won seven tackles - more than any other player in Gameweek 23 so far.

That was enough to edge out Middlesbrough's goalscorer Alvaro Negredo (£6.3m), who collected 26 BPS and two bonus points, courtesy of his converted spot-kick after he was fouled in the penalty area.

Negredo's BPS total suffered as the striker was tackled on two occasions, while he also committed a pair of fouls.

The midfielder scored his fourth goal of the season from Darren Fletcher's (£4.5m) lay-off to earn a tally of 25 in the BPS, but, like Negredo, he was tackled twice and committed two fouls as his final BPS total took a hit.

Owned by 28.5%, it was West Brom's Gareth McAuley (£4.9m) who fouled Negredo to concede the first-half penalty, ensuring that the Baggies failed to follow up their Gameweek 22 clean sheet against Sunderland.

But McAuley and his team-mates now face opponents over the next four matches that total only eight in the Fixture Difficulty Rankings (FDR).

That run includes three matches at The Hawthorns, with Stoke City, AFC Bournemouth and Crystal Palace the visitors.

That will also ensure renewed interest in winger Matt Phillips (£5.9m), who has blanked in his last three Gameweeks having returned a goal or an assist in seven of his previous 10 starts.

Aitor Karanka was without both Calum Chambers (£4.5m) and George Friend (£4.4m) through injury, as budget option Bernardo (£4.3m) earned a third successive start at centre-back.

Negredo's first goal since Gameweek 17 issued a reminder of his qualities.

But he will face a resolute Tottenham Hotspur defence and a much-improved Everton rearguard over the next two Gameweeks.