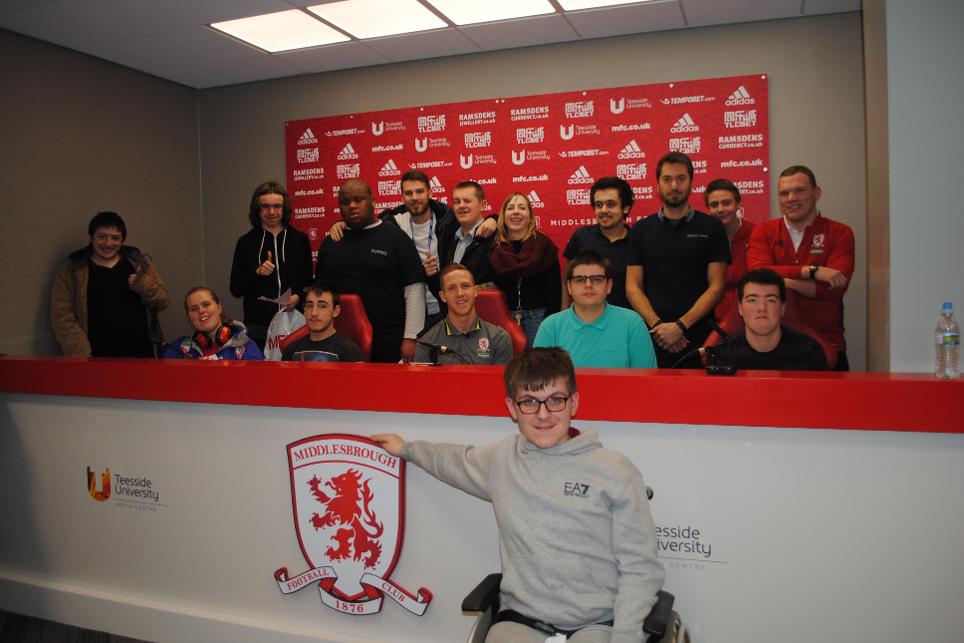 Since 2009, the Premier League Enterprise Challenge has inspired thousands of young people to increase their aspirations and skills in business.

Nowhere was this better demonstrated than at Middlesbrough's heat to decide the school to represent the club in this year's competition.

See: What is the Premier League Enterprise Challenge?

One contender was Beverley School, which cares for pupils with a number of disabilities and provides a more peaceful environment for those with autism.

Phil Taylor, a Beverley teacher, says the building of a business plan and presenting it to judges was an invaluable experience for his students.

"During the autumn and winter term of 2016 we took a group to Middlesbrough FC on a weekly basis, looking at employability skills," he said. "The students really enjoyed the experience, looking at various aspects, ranging from team-building games to learning interview techniques and tips.

"To see each student progress through the course was a fantastic achievement and they have gained valuable experience that hopefully could lead to employment opportunities in the future.

“During the final week of our time working within Middlesbrough FC we were invited along to take part in the Premier League Enterprise Challenge.

"To see each student not only take part but plan and deliver a presentation in front of a panel of judges was an amazing achievement.

"To see their confidence grow throughout the day working alongside students from various mainstream schools was fantastic to see."

Tyler, who has low-level autism, led the Beverley team in their presentation.

"I felt a bit nervous at first, but once I got up in front of everyone it wasn’t so bad," he said. "I've done a couple of presentations before with my associates at school, and at first we were all very nervous but we were quite happy with our efforts.

"I just tried my best and that’s all I could do."

Middlesbrough midfielder Adam Forshaw was a guest on the panel and was impressed by how the Beverley team performed.

"Their group has a bit of difficulty getting up and talking in front of people, so for them to just get to the stadium and have an experience like this is a great education for them," he said. "It's a credit to them."

This year's Enterprise Challenge, run in partnership with Sport Relief, has the brief of increasing a club’s fanbase in the United States.

The King’s Academy will represent Middlesbrough in the play-off at Manchester City on Tuesday 31 January, after impressing with their idea of teaming up with NFL team Tampa Bay Buccaneers.

They are one of 30 schools competing in the six Enterprise Challenge play-offs, at Stoke City’s Britannia Stadium, Manchester City’s Etihad Stadium and Arsenal’s Emirates Stadium, vying for a place in the final in London in March.