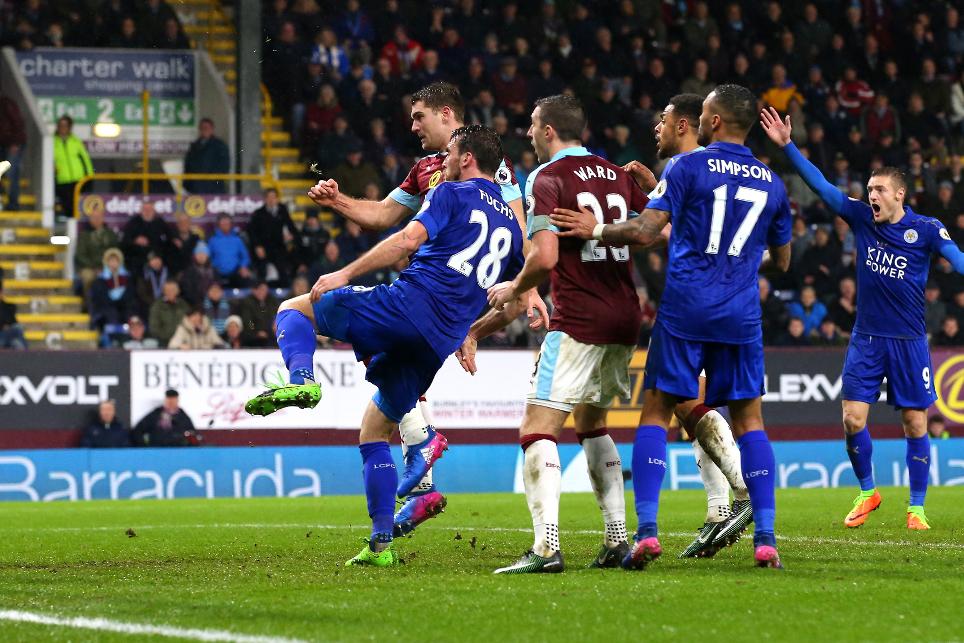 Sam Vokes scored as Burnley continued their superb home form with a 1-0 victory over Leicester City.

Ahmed Musa forced a save from Tom Heaton in the second half as Barnes continued to threaten for Sean Dyche's men.

But Vokes met a late corner and struck his shot into the roof of the net, allowing Burnley to claim their ninth home win of the season.