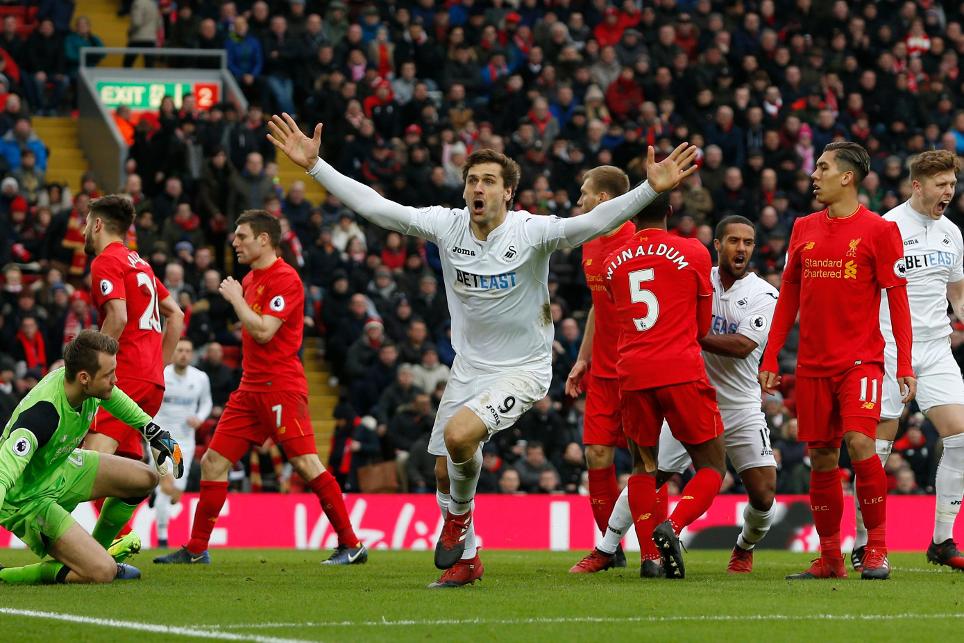 Gylfi Sigurdsson scored the winner as Swansea City clinched a five-goal thriller to beat Liverpool at Anfield for the first time in the Premier League.

The match sprang to life three minutes into the second half when Fernando Llorente converted from close range after Federico Fernandez had headed down Sigurdsson’s corner.

Llorente struck again four minutes later when he met the cross of new signing Tom Carroll with a thumping header.

Liverpool rallied when Roberto Firmino headed in James Milner’s centre on 55 minutes and the Brazilian levelled the match on 69 minutes.

But Sigurdsson scored five minutes later to inflict Liverpool’s first home defeat of the season and hit the Reds' title hopes while lifting Swansea out of the bottom three.

💬 “We have talked all along about getting some performances, and today we produced a real 90-minute performance."https://t.co/XMOZLxCNsc