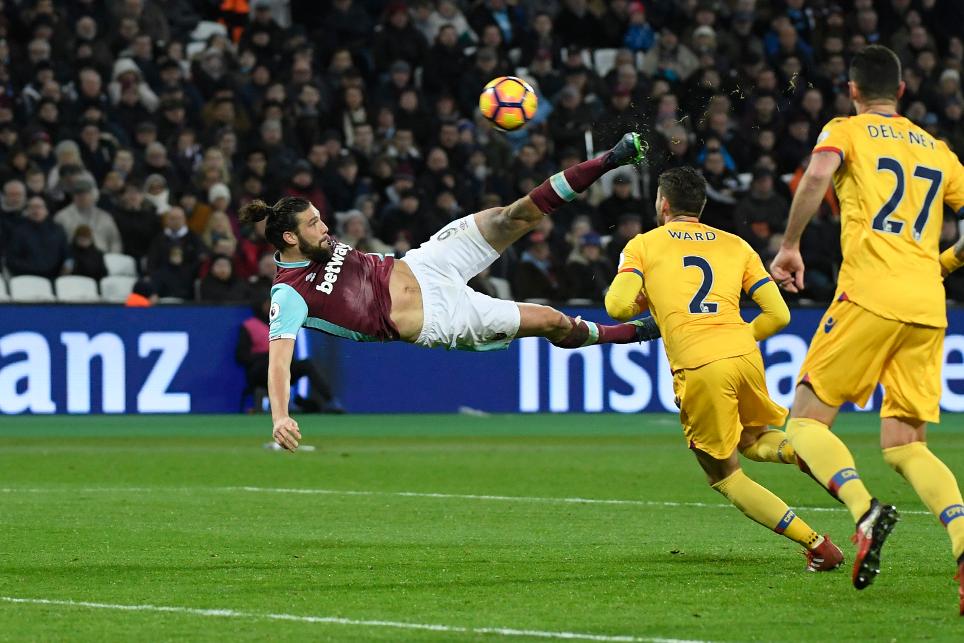 Slaven Bilic has revealed that Andy Carroll is one of four players racing to be fit for West Ham United's trip to Middlesbrough on Saturday.

Carroll, who scored a goal-of-the-season contender against Crystal Palace last time out, is carrying a knock along with Winston Reid, Sofiane Feghouli and Sam Byram.

But the Hammers are hopeful all four will be available for selection at the Riverside Stadium.

“Andy has got a bit of a whiplash injury,” Bilic confirmed on Thursday. “That’s what I have been told by the physios, so I went to a dictionary to find out what that is!

"He trained on Tuesday and was brilliant in training, but then he reported some neck pain, but hopefully he’s going to be OK."