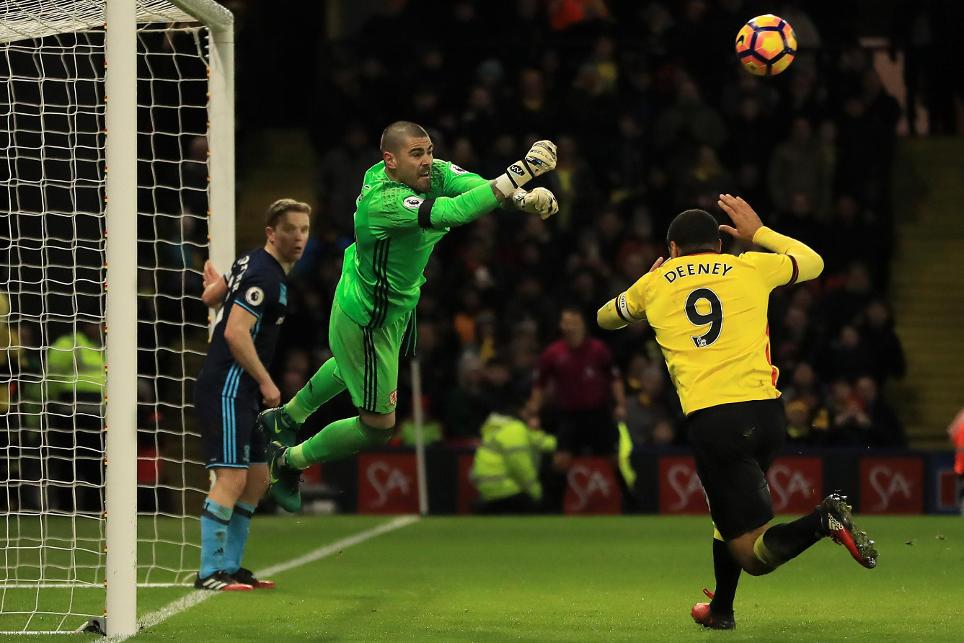 “A Send-Off That Did The Man Justice” External Link

Valdes recorded 33 in the Bonus Points System (BPS) after contributing five saves and six recoveries as the visitors claimed a point.

Middlesbrough defenders occupied four of the next five spots in the BPS standings, with Fabio (£4.4m) and Calum Chambers (£4.5m) receiving the remaining bonus points.

Fabio won five tackles and made nine recoveries to record 31 in the BPS. That earned him two additional points having also collected three bonus points in Gameweek 20.

Chambers' 12 clearances, blocks and interceptions (CBI), plus a pass completion rate of 87%, helped the centre-back to a BPS score of 29 and a single bonus point.

With 12 attempts on goal to Middlesbrough's five, Watford's assets fared best in the ICT Index.

Etienne Capoue (£4.7m) claimed top spot with an overall Index score of 9.5, made up of 69 for Creativity.

The midfielder succeeded with six of his eight crosses, providing four goalscoring opportunities for team-mates.

He mustered two close-range efforts and had more penalty area touches than any other player on show (seven).

Middlesbrough have now kept three clean sheets in their last five Gameweeks, conceding three goals. No Premier League side have shipped fewer in that spell.

That promotes further interest in their FPL defensive assets, with three home fixtures in the next four Gameweeks.

With Aitor Karanka's first choice full-backs still in doubt, Chambers currently appears to present the most assured value in the Boro backline.

The Arsenal loanee has earned bonus points in his last two outings and has bettered fellow centre-back Ben Gibson (£4.9m) for CBI (69 vs 55) and BPS (116 vs 102) over the past five Gameweeks.

Karanka's decision to move to a 3-1-4-2 formation could bring Bernardo (£4.3m) into the equation.

The Colombian earned only his second start of the season at Vicarage Road.