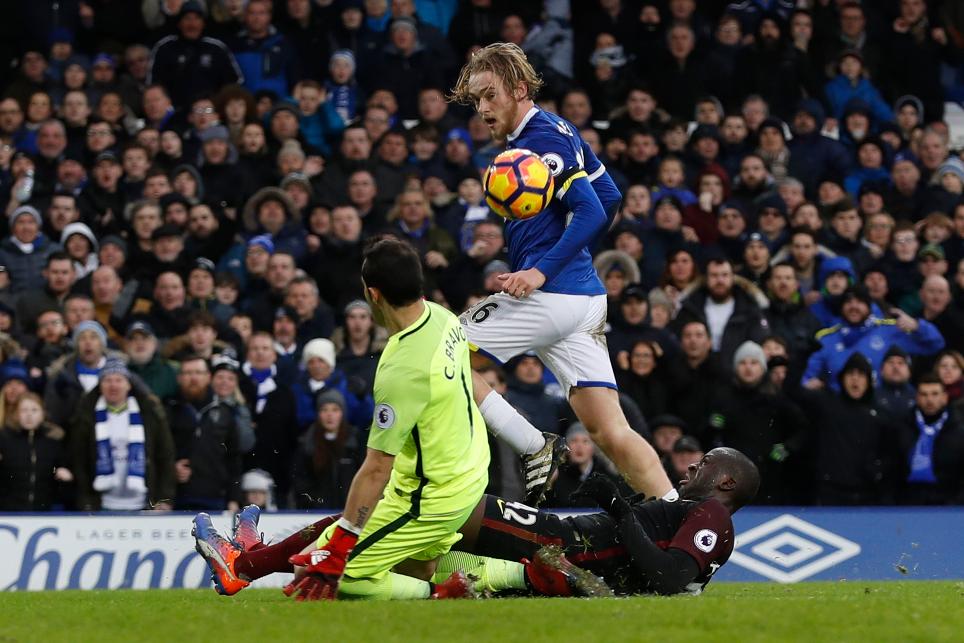 Eighteen-year-old Davies was involved in the opener when he played a perfectly weighted ball to Kevin Mirallas, who cut back for Romelu Lukaku to score on 34 minutes.

Mirallas then made it 2-0 after being played in by Ross Barkley shortly after half-time. After surging forward and beating two defenders with a clever flick, Davies then chipped over Claudio Bravo following Ross Barkley's pass for the third.

Debutants Morgan Schneiderlin and Lookman came on as substitutes, and the latter scored after John Stones' attempted clearance rebounded into his path.

Man of the match: Tom Davies