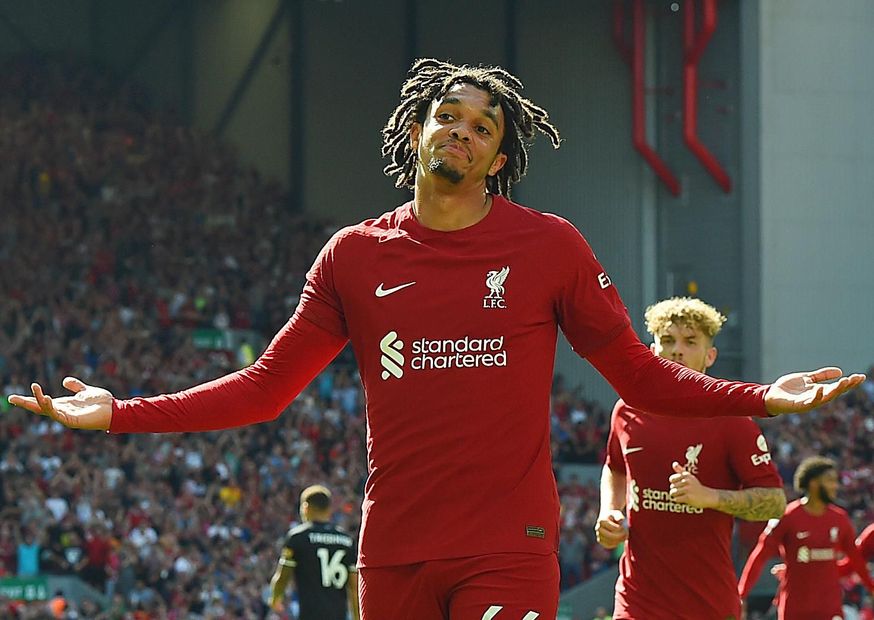 With several expensive defenders struggling for big returns, The Scout's panel of Fantasy Premier League experts debate if it is time to go with cheaper alternatives, such as William Saliba (£5.0m), the only defender among the 13 highest-scoring players in FPL.

I wouldn't clear out all your premium defenders. Under Graham Potter, Reece James (£6.0m) can get double-digit hauls. Joao Cancelo (£7.2m), too. But, I wouldn't back Liverpool for clean sheets for the next two weeks. So if you’ve got Trent Alexander-Arnold (£7.3m), he's probably a sell, given he's not producing the attacking returns either.
Keep: James, Cancelo
Sell: Alexander-Arnold

I still think the likes of James and Cancelo offer excellent potential at both ends. Kieran Trippier (£5.5m) is also offering premium-defender potential at a fraction of the price and has many routes to points even without clean sheets.
Keep: James, Cancelo, Trippier
Sell: Liverpool defenders

"Big at the back" isn't dead, it's sleeping. Teams challenging for something at the run-in tend to tighten up. It only takes Liverpool to sort their defence out and you have Alexander-Arnold plus Andrew Robertson (£6.7m) becoming two of the best-value players in the game. Don't pick four expensive defenders now, but don't rule it out for later in the season.
Keep: Some premium defenders

As someone who doubled up on the Manchester City defence, the era of investing heavily in defence is coming to an end. This in part is due to the lack of clean sheets this season, but also to do with the attacking assets.

Normally, I like to invest in the City defence for the clean sheets. However, Ederson (£5.5m) is only the fifth-highest scoring goalkeeper and while Cancelo is the second-highest scoring defender, by not owning either, I can use my precious City spots for their attacking assets who are scoring goals for fun. This theory is strengthened by Cancelo having only scored one point more than Trippier but being £1.7m more expensive.
Sell: Ederson, Cancelo

James and Cancelo will prove exceptional FPL assets this season. We haven't seen too many clean sheets from last season's top four, but I expect that to change soon.
Keep: James, Cancelo

We should not be knee-jerking and ejecting some of the best players in the game. Yes, Liverpool and specifically Alexander-Arnold look defensively suspect, but James, Trippier and Cancelo still offer a fantastic route to points at both ends of the pitch.

Moreover, we need to think about team structure. If there were budget constraints, for example if a manager wanted to go three premium players, there is merit to this budget-defenders strategy. At the moment one or two premium defenders is optimal.
Keep: James, Cancelo, Trippier
Sell: Alexander-Arnold

"Big at the back" isn't fully dead but there's a middle ground to find.

It's certainly getting more difficult to justify Alexander-Arnold. But I like using a smaller portion of my transfers on defenders. So James, Cancelo, Trippier all still offer great value, can return at both ends and are set-and-forget options. With Erling Haaland (£12.2m) the standout captaincy option most weeks, there's less reason to shoehorn a second or third premium player, leaving us with plenty of budget to invest in defence.
Keep: James, Cancelo, Trippier
Sell: Alexander-Arnold