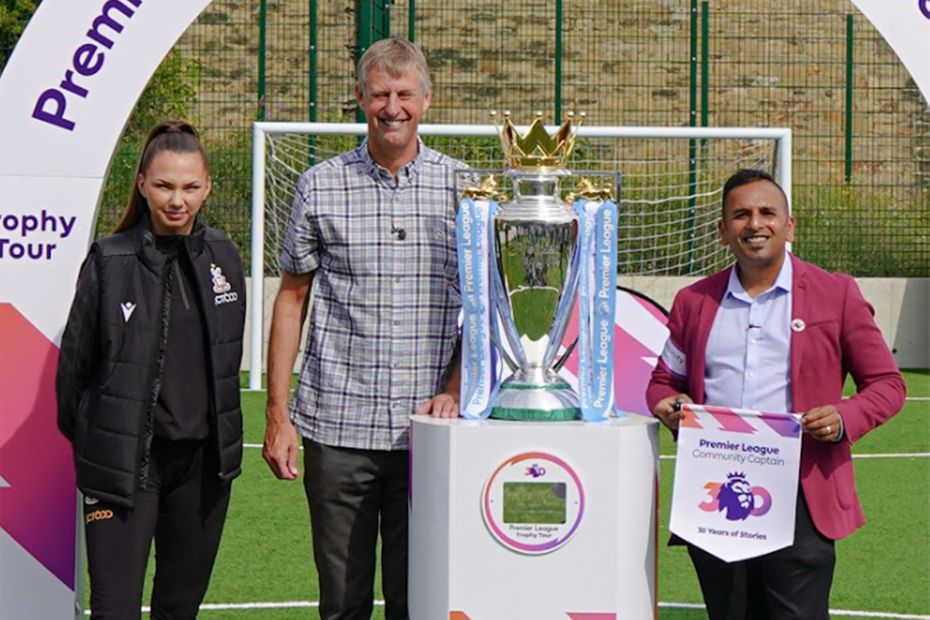 Humayun Islam has been named as a Premier League Community Captain in recognition of his incredible work, on a facility that promotes inclusion and football participation in Bradford.

He has led the collaboration between BEAP, a Bangladeshi community project and Bradford City AFC, the Football Foundation, Premier League and other partners in creating a state-of-the art sports facility in a neighbourhood which has high levels of deprivation.

The BEAP Midland Road Sports Complex, which is in the shadow of Bradford's Valley Parade home, was made possible through a £600,000 grant from the Football Foundation, funded by Premier League, The FA and Government, as well as additional investment from Power to Change, Sport England and Bradford Metropolitan District Council.

Humayun has also been pivotal in helping Bradford City to diversify its fanbase through his leadership of the Bangla Bantams supporter group, which has engaged local people in matchday experiences and has led to an increase in South Asian female attendees at matches.

"It was incredible to have the Premier League Trophy visit us in Bradford," Humayun said. "For me, it's like having the Queen here, that's how big it is! The Premier League, through the Football Foundation, helped us to turn a dream into reality.

"It represents what football and what the Premier League is about - inspiring people. I'm humbled to receive this award and I hope it inspires the next generation to know that they can go on to become captains in the community themselves."

The Community Captain accolade is being given to more than 100 members of the public, who have made an outstanding contribution to their club and local community, as part of the Premier League's 30th anniversary celebrations.

Presentations to the Captains form part of the Premier League Trophy Tour, which is visiting more than 50 professional, non-league and women’s clubs across England and Wales, who receive funding from the Premier League.

"Whilst we celebrate all of the excitement on the pitch from 30 Years of the Premier League, I think it’s really important to recognise those individuals who have made a difference in their local communities," said Premier League Senior Community Development Manager Emma Joussemet.

"Humayun has done some fantastic work to engage a huge number and diverse range of people through football.

"The success of the Premier League has allowed us to invest in crucial work in communities. We've just announced an additional £13.5m investment into small-sided pitches like this one, where people can come along and play and that’s really important."

Over the next three years, the League will continue its world-leading levels of support by contributing £1.6 billion to communities and the wider game.