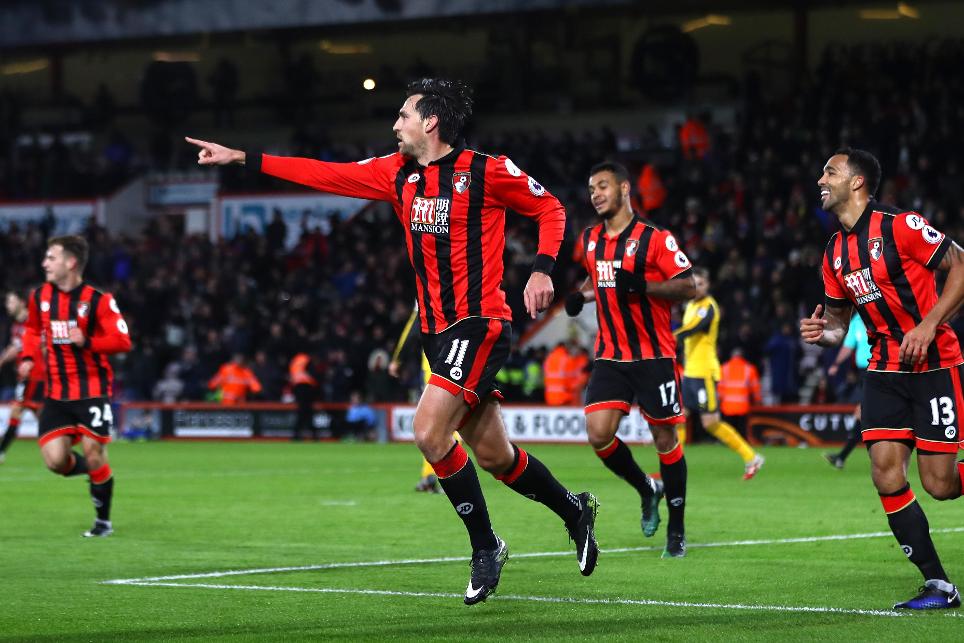 In numbers: Some of the numbers crunched from AFC Bournemouth's draw with Arsenal External Link

The Gameweek 20 selection lines up in a 5-3-2 formation, with all five defenders finding the net for double-figure returns.

Tottenham Hotspur’s Dele Alli (£8.4m) is joined by a pair of budget options in midfield, while a resurgent Arsenal striker partners a Sunderland player boasting some of the best FPL value around.

Deputising for the injured Victor Valdes (£4.5m) at home to Leicester City, Boro's stand-in goalkeeper supplied eight points thanks to a clean sheet, four saves and a single bonus point.

The Cherries left-back produced a third double-figure haul in the last six Gameweeks, courtesy of a goal and assist in a 3-3 home draw against Arsenal. Now up to third in the FPL defender standings, Daniels has claimed a Dream Team appearance on four occasions – more than any other backline option.

A goal and maximum bonus points in Manchester City's 2-1 win over Burnley earned the left-back a Dream Team debut. Owned by 1.1% of FPL managers, Clichy has started four of the last five Gameweeks.

The Swansea defender made a sixth successive start away to Crystal Palace and justified his selection by supplying a goal and maximum bonus points in a 2-1 triumph.

The joint-highest scoring defender for the Gameweek, the Everton left-back earned 15 points courtesy of a converted penalty, clean sheet and maximum bonus points in a 3-0 home win over Southampton. Baines has produced at least six points in five of his last seven appearances and is second only to Daniels for transfers in for defenders ahead of Gameweek 21.

The Potters captain matched Baines’ 15 points to land a second Dream Team call-up of the campaign. Shawcross’ opener in a 2-0 win over Watford was his first goal of the season, yet he boasts a considerable goal threat – no defender has produced more efforts inside the box (14) over the opening 20 Gameweeks.

Scoring twice for the third successive appearance, the Spurs midfielder has now received a Dream Team call-up in each of the last three Gameweeks. Alli’s brace at home to Chelsea lifts him to third in the FPL midfield standings, earning more transfers in than any player ahead of a home encounter against West Bromwich Albion.

Supplying the assists for both of Stoke’s goals at home to Watford, Adam produced an 11-point return – his biggest haul of the season – and claimed a first Dream Team appearance of 2016/17.

The Cherries winger produced a goal and assist against Arsenal to maintain his fine recent form. Fraser has three goals and as many assists in his last five outings and will be hoping to shake off a knock ahead of upcoming encounters with Hull City, Watford and Crystal Palace in the next three Gameweeks.

A pair of converted penalties at home to Liverpool helped Sunderland’s top scorer move up to third place in the FPL forward standings. The top-value striker for points per million, Defoe has been named in the Dream Team on five occasions – no player has received more call-ups.

The Frenchman produced a goal and two assists in Arsenal’s 3-3 comeback draw at Vitality Stadium to return a 15-point haul. Netting in each of the last three Gameweeks, only Defoe has earned more new owners among forwards ahead of the Gunners’ Gameweek 21 trip to Swansea City.