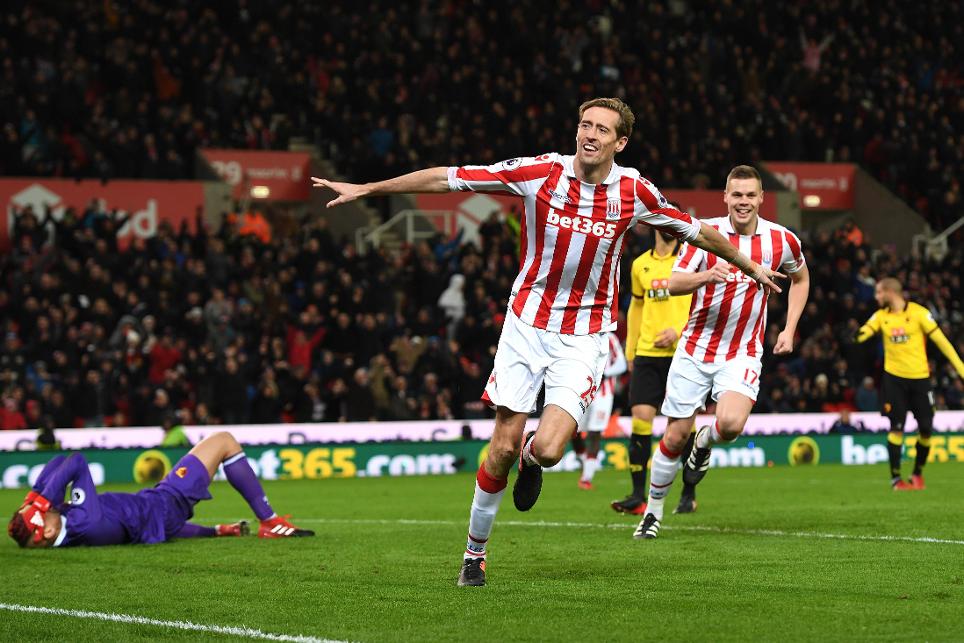 Crouch Pleased To Be Back On Track External Link

On Course For A Century External Link

Tallying 37 in the Bonus Points System (BPS), the Potters' captain opened the scoring with his first goal of the season, while also contributing 14 clearances, blocks and interceptions (CBI).

Having created both of Stoke City goals, Charlie Adam (£4.7m) claimed two bonus points, with 34 in the BPS.

Those assists were two of four chances created by Adam, who also recorded three recoveries and a successful tackle.

Pieters also completed 82% of 46 attempted passes, two of which created opportunities for team-mates.

The forward registered five attempts on goal, all from inside the penalty area, as he claimed Stoke City's second goal.

Stationed on the front right of a 3-4-3 formation, Walters fired four attempts on goal, all from inside the Watford penalty area.

Crouch has now started each of the last three Gameweeks, scoring back-to-back goals.

Such form strengthens his claim for regular starts at a time when Stoke City manager Mark Hughes loses both Wilfried Bony (£7.0m) and Mame Biram Diouf (£5.7m) to the Africa Cup of Nations.

Crouch could now be an option for those FPL managers seeking a cheap third striker to move to a regular 3-5-2 set-up.

Elsewhere for Stoke, Hughes deployed Joe Allen (£5.3m) in a deeper role alongside Adam in central midfield against the Hornets.

Owned by 13.3% of FPL managers, the Welshman failed to register a single attempt on goal and has now scored only once since Gameweek 8.

Watford will be also affected by the Africa Cup of Nations, with both Nordin Amrabat (£5.0m) and Adlene Guedioura (£4.3m) departing for Gabon.

Walter Mazzarri's side have scored only twice in the last five Gameweeks and have conceded in nine successive outings.

The Hornets do at least face a more favourable run of fixtures, with home encounters with Middlesbrough and Burnley, along with a trip to AFC Bournemouth, in the next four Gameweeks.

Nonetheless, FPL managers are losing confidence in Watford's top-owned assets, with Jose Holebas and Etienne Capoue (both £4.8m) being moved on.

Capoue is still found in more than 1.4 million FPL squads but has suffered ownership losses in his last five Gameweeks; more than 30,000 FPL managers have traded him out since Monday's deadline.

The Frenchman has failed to score or assist since Gameweek 12.