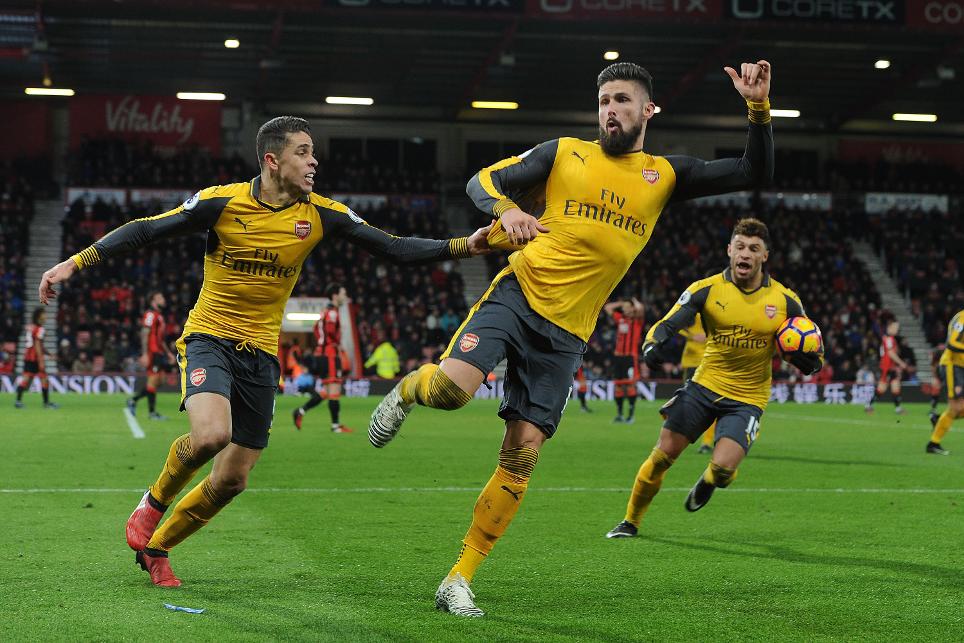 Arsenal came from 3-0 down to snatch a last-gasp draw with AFC Bournemouth.

A low drive from Charlie Daniels and a penalty by Callum Wilson put AFC Bournemouth 2-0 up after 15 minutes and Ryan Fraser extended the lead 13 minutes after the break.

Alexis Sanchez started the comeback with a header in the 70th minute and then substitute Lucas Perez's left-foot volley made it 3-2.

Simon Francis was then shown a straight red card for a foul on Aaron Ramsey.

Arsenal's pressure paid off in the second minute of stoppage time, when Olivier Giroud glanced in Granit Xhaka's cross.

There was still time for Petr Cech to deny Harry Arter a winner at the other end as the point meant Arsenal stayed in fourth, eights points behind Chelsea, the leaders.