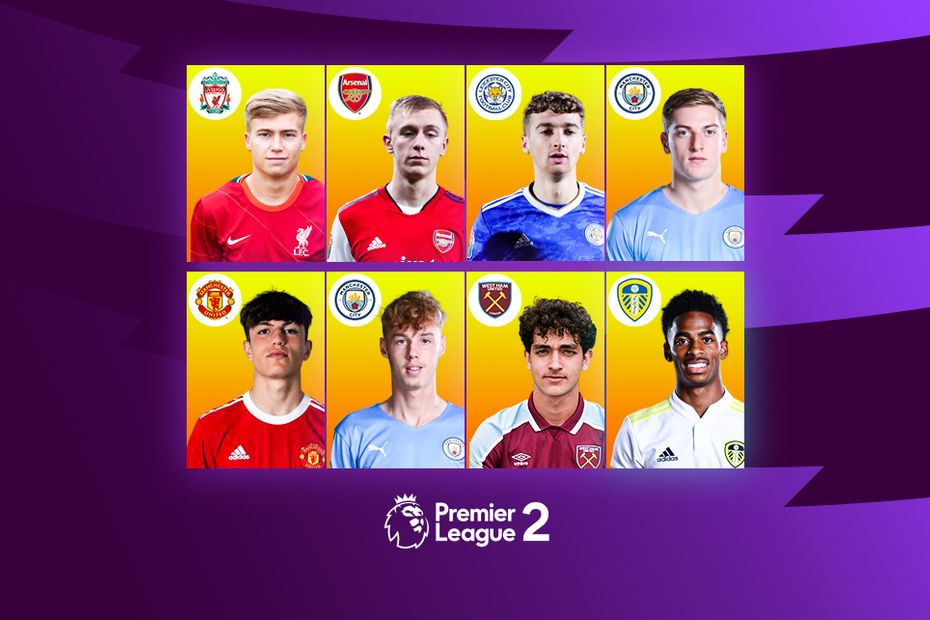 Eight Under-23 players have been nominated for April 2022's Premier League 2 Player of the Month award.

The shortlist was selected by the Premier League's Football Development Panel after PL2 club coaches nominated the best performance by an opponent in each of their league matches in the month. The Panel will also decide the winner, which will be revealed on Monday 16 May.

Nineteen-year-old midfielder Bearne impressed for Liverpool during an unbeaten month, netting in three successive appearances and providing an assist. The Reds' unbeaten month began with a 2-2 draw with Chelsea, in which Bearne scored the second goal, before he netted the opener en route to a 3-0 success over West Ham United. He ended April with a goal and an assist in a 4-0 victory at Leicester City.

The forward, 19, netted three times and captained Arsenal as they drew all three of their Division 1 matches in April. Biereth scored twice, including a penalty against Manchester City and followed that up with the opener in a 1-1 draw with Manchester United at Old Trafford. He also played the full 90 minutes as the Gunners were held 1-1 by Leeds United.

Brunt, 21, featured in all four of Leicester's matches, scoring two penalties to help them win three in a row. The midfielder's spot-kick put them ahead in a 3-2 win over Man Utd and after a 2-1 success over Derby County, the Foxes beat Blackburn Rovers 4-1, with Brunt adding their fourth from the penalty spot in stoppage-time.

It was another prolific month for the striker, who scored five times and created another during three appearances for Division 1 leaders Man City. Against Arsenal, the 19-year-old struck a brace and assisted another in a 3-3 draw. Delap then netted in a 3-1 victory over Leeds at Elland Road, before going on to score twice as City hit seven unanswered goals past Everton. The 2020/21 PL2 Player of the Season was given a place among the substitutes for City's UEFA Champions League quarter-final second leg against Atletico Madrid.

The 17-year-old midfielder made two Division 1 appearances last month, scoring once, a winner against Chelsea. The Argentinian was given a spot on the bench for several first-team fixtures, before making his Premier League debut as a late substitute in the 1-1 home draw with Chelsea.

The Man City midfielder, 19, enjoyed a productive April, as he registered three goals and one assist in two matches. He scored a goal in a 3-1 victory over Leeds and then netted twice and supplied an assist in a 7-0 victory versus Everton. Palmer was an unused substitute for two first-team matches and both UEFA Champions League semi-finals against Real Madrid.

A productive month for the 18-year-old midfielder, who featured in all four of West Ham's Division 1 matches, scoring three times and creating one other. Perkins netted the opener and assisted the final goal in a 3-1 victory over Tottenham Hotspur, before striking twice in a thrilling 4-3 comeback victory at Everton. He was also named on the bench for both legs of West Ham's UEFA Europa League quarter-final matches with Lyon.

Leeds' Dutch winger, 20, made an impressive start to the month, netting a hat-trick to help his side to a convincing 4-0 win over Crystal Palace. He appeared once more, playing 65 minutes of a 3-1 defeat by Man City. Summerville was named on the bench for Leeds' Premier League home draw with Southampton, before playing the final seven minutes of their 3-0 victory at Watford.