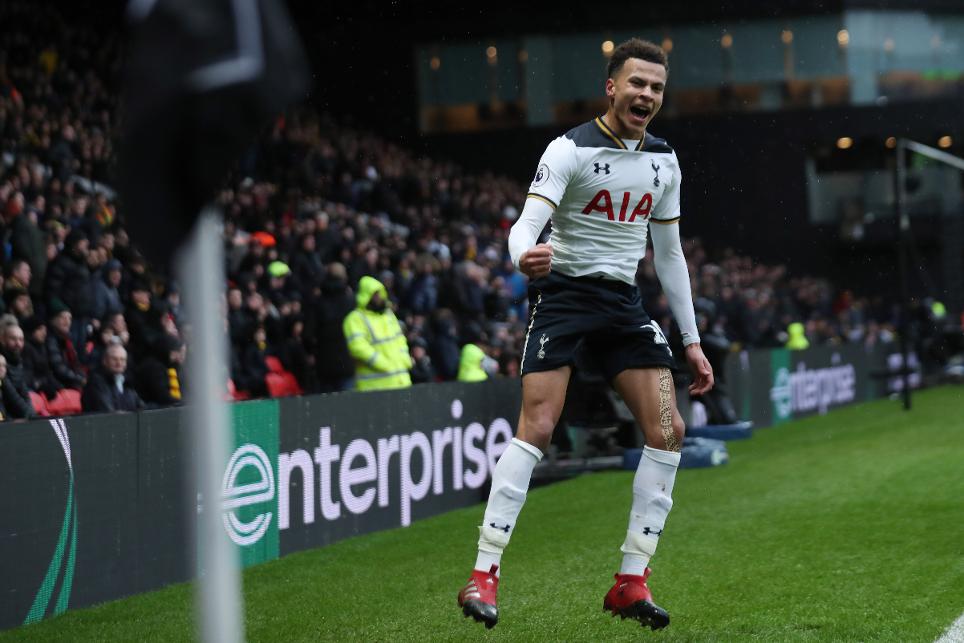 Harry Kane and Dele Alli both scored twice as Tottenham Hotspur began 2017 in style with a dominant 4-1 victory over Watford.

Kane converted Kieran Trippier’s clever through-ball after 27 minutes, before poking in his 59th PL career goal on his 100th appearance, again assisted by the impressive Trippier.

Alli then made it 3-0 before half-time following a Younes Kaboul error and completed his brace less than a minute into the second half, meeting Kane’s cross for his fifth goal in three matches.

Spurs lost their clean sheet when Kaboul bundled in a free-kick in stoppage time but Mauricio Pochettino's charges head into Wednesday’s match against leaders Chelsea having climbed above Manchester City and into the top four.

Watford drop below West Ham United to 13th and are without a win in four.