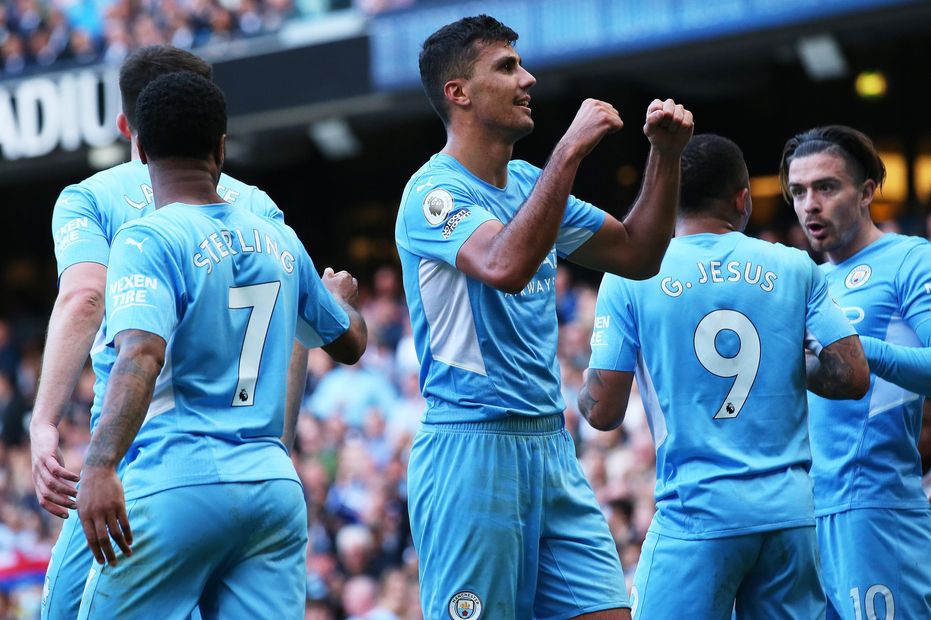 ‘It’s the defining moment of the season' External Link

Manchester City took what could be a decisive step towards this year's Premier League title by efficiently dispatching Newcastle United and extending their lead at the top of the table.

With rivals Liverpool dropping points at home to Tottenham Hotspur on Saturday night, Man City capitalised on Sunday afternoon by claiming a 5-0 victory at the Etihad Stadium.

The win, sealed with goals from Raheem Sterling (twice), Aymeric Laporte, Rodri and Phil Foden, means that they are now three points clear of Liverpool with only three matches of a thrilling campaign left to play.

Pep Guardiola's team now travel to Wolverhampton Wanderers on Wednesday night, 24 hours after Liverpool are next in action, against Steven Gerrard's Aston Villa at Villa Park.

Elsewhere on Sunday, Arsenal strengthened their grip on fourth place with a 2-1 victory over 10-man Leeds United.

Two early Eddie Nketiah goals were enough for the Gunners, who held off a late Leeds rally to claim a fourth straight league win.

They now take on fifth-placed Spurs on Thursday night knowing that victory in an eagerly anticipated North London Derby would guarantee fourth place and a place in next season's UEFA Champions League.

At the other end of the table, Everton took advantage of Leeds's defeat to move out of the relegation zone with a 2-1 victory at Leicester City.

Goalkeeper Jordan Pickford was again in inspired form as Everton claimed successive wins to move up to 16th, one point clear of both Burnley in 17th and Leeds, who are now in the bottom three.

Both Everton and Leeds are in action on Wednesday night, with the Toffees travelling to relegated Watford and Jesse Marsh's side hosting third-placed Chelsea.

West Ham United's hopes of European football received a significant boost as they brushed aside Norwich City at Carrow Road.

Their first win in five league matches consolidates their seventh place position and a spot in the UEFA Conference League. They are three points behind Manchester United in sixth with a match in hand.