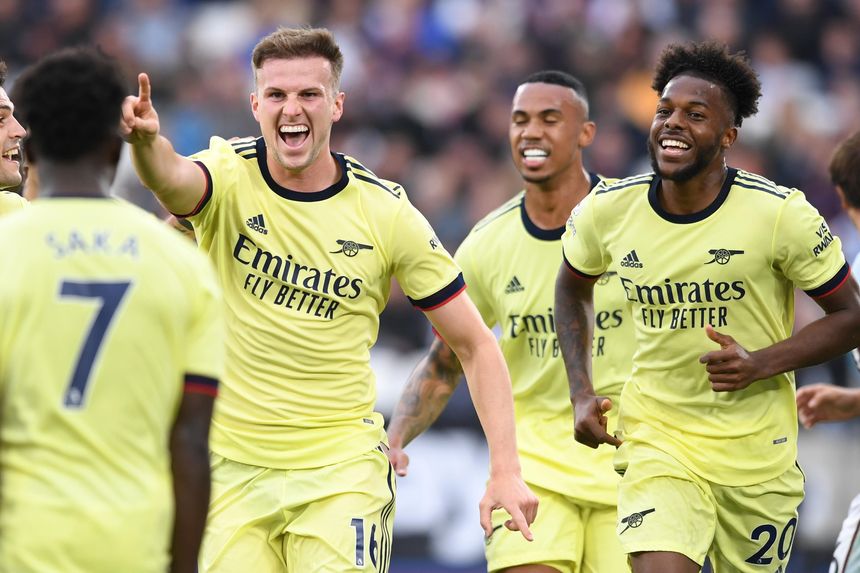 Back to winning ways with victory over Foxes External Link
Carrick: Pickford was big for Everton

Arsenal stayed on top in the race for fourth place to remain two points above Tottenham Hotspur just 11 days before the two teams meet in a huge north London derby.

Spurs had put the pressure on their local rivals by going above them earlier in the day with a 3-1 win over Leicester City inspired by Son Heung-min.

Son assisted Harry Kane's opener before scoring twice himself to move three goals behind Mohamed Salah in the race for the Golden Boot.

But Arsenal showed their grit with a 2-1 victory at West Ham United to retain the final UEFA Champions League qualification spot with a third successive win, all of which have come against top-seven teams.

Rob Holding, who scored his first Premier League goal, and Gabriel were the unlikely heroes for an Arsenal side whom Michael Carrick says are favourites to finish fourth.

"Would you rather have the points in the bag or be chasing and putting on pressure?" Carrick asks.

"You'd much rather be in the position where it's in your own hands, 100 per cent."

It was a big day at the other end of the table, too, with Everton stunning Chelsea to give a huge boost to their hopes of staying up.

Richarlison scored the only goal to take the 18th-placed Toffees two points behind Burnley and Leeds United, with a match in hand over both sides.

Kevin Campbell, the club's former striker, points out that staying up is now in Everton's hands, and that they may have the best run-in of the trio.

"Burnley and Leeds' run-ins are not easy at all," he says.

"Leicester's the next one up [for Everton]. They're not going great and they're in the semi-finals of the Conference League. If Everton can get three points it would put them in such a great position."

The action continues on Monday, with Brentford travelling to Old Trafford to take on a Manchester United side looking to improve their European hopes after a run of three matches without a win.