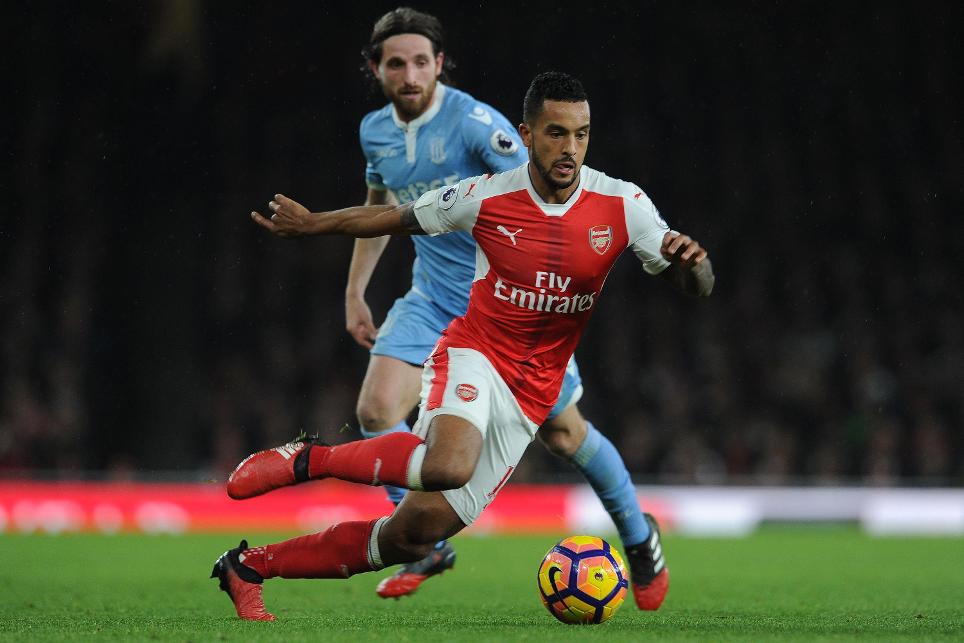 Aguero return heats up fight for armband
FPL Show: 'Hopefully I can get a good run of goals!'
Carroll thriving with Payet service

Part of 12.4% of Fantasy Premier League squads, Arsenal's Theo Walcott (£7.7m) looks set to miss out again for the visit of Crystal Palace as he continues to be troubled by a calf problem.

The forward sat out the Gameweek 18 meeting with West Bromwich Albion having been acquired by more than 73,000 FPL managers.

Arsene Wenger remains doubtful on Walcott’s return, which could mean Alexis Sanchez (£11.9m) retained in a role down the flank with Olivier Giroud (£8.5m) as the central striker.

The news that Shkodran Mustafi (£5.8m) is in line for a return against Palace is a boost to Arsenal and their fans but will cause consternation for the 14,000 FPL managers who swooped on the value offered by Gabriel (£4.8m).

The Brazilian may give way and looks unlikely to offer FPL managers assured pitch time in the coming Gameweeks.

Tottenham Hotspur will likely make the trip to Watford with Toby Alderweireld (£6.3m) returning to their defence. The Belgian has recovered from the virus that forced him to miss the Gameweek 18 victory at Southampton.

While that will boost the chances of a clean sheet for Spurs, with both Kyle Walker (£6.2m) and Jan Vertonghen (£5.7m) suspended, Danny Rose (£5.9m) remains the only other first-choice defender likely to appear at Vicarage Road.

Rose could even be considered for a rest, with Ben Davies (£4.7m) available to start as manager Mauricio Pochettino considers the meeting with Chelsea on Wednesday 4 January.

That could also mean Son Heung-min (£7.1m) will be in the frame for a first start since Gameweek 15, having scored from the bench at St Mary's.

Spurs' opponents are nursing a string of injuries, with both Valon Behrami (£4.5m) and Daryl Janmaat (£4.6m) ruled out.

Miguel Britos (£4.4m) is suspended and Craig Cathcart (£4.3m) is available but is unlikely to complete 90 minutes. Such concerns indicate Walter Mazzarri's men may struggle to contain a Spurs side confident after Wednesday's 4-1 victory.

Pep Guardiola is expected to recall Sergio Aguero (£12.8m) for Manchester City's trip to Anfield after the end of the Argentinian's four-match ban.

Liverpool will be without both Joel Matip (£5.4m) and Philippe Coutinho (£8.2m), with Ragnar Klavan (£4.6m) continuing to deputise at the back, offering FPL managers a cut-price route into a defence with four clean sheets in seven Gameweeks.

His stunning goal from the bench in the Gameweek 18 victory over Sunderland means the Armenian has scored in back-to-back appearances. He resides in just 2.5% of FPL squads.

David Moyes is set to turn to Vito Mannone (£4.3m) to deputise, offering FPL bosses a possible replacement for the popular Pickford who is thought to be sidelined for 6-8 weeks.

Despite recent sales, Pickford is still found in 14.8% of FPL squads.