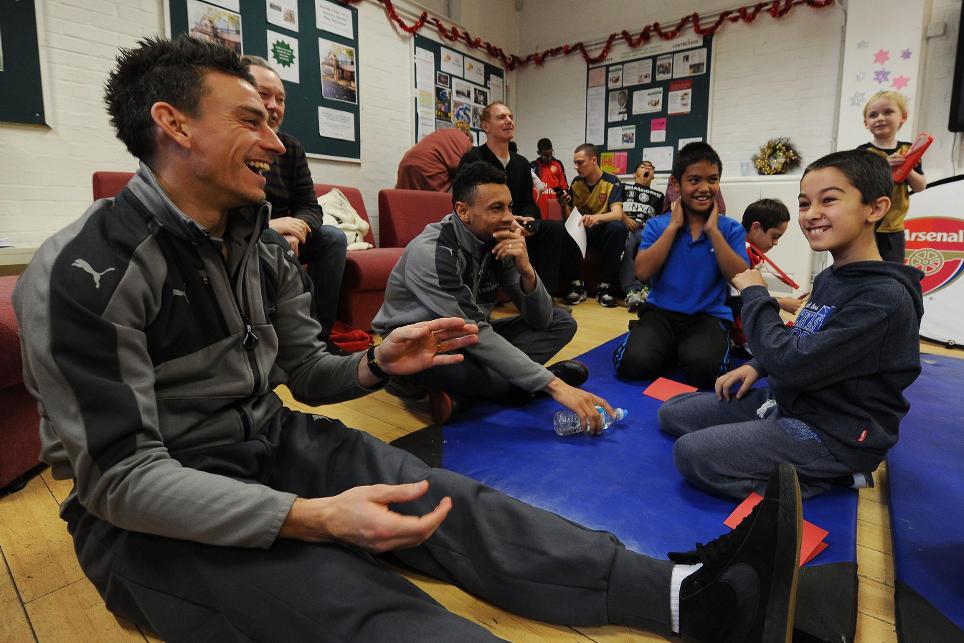 'Charity's part of the DNA of this club' External Link

Arsenal stars visited Centre 404 in Islington to see how funds raised by the club's recent charity matchday are making a difference to the local community.

Theo Walcott, Danny Welbeck, Laurent Koscielny and Francis Coquelin joined a Christmas party at the centre, which supports young people with learning disabilities and their families.

"The fact that our kids are going to spend time with players is going to be immense for them," said Centre 404's head of service, Liz Atkinson.

Centre 404 is one of the beneficiaries of the Arsenal Foundation, which held its 10th annual charity matchday with the visit of Stoke City to Emirates Stadium at the start of December.

The day involves Arsene Wenger and his squad donating a day's wages to help the club in their work with young people, giving them a chance to thrive through a variety of education, sport and arts projects in the UK and overseas.

A record total of £258,214 was raised for the Arsenal Foundation this year, and the funds given to Centre 404 will allow it to host holiday clubs for its users.

"Christmas is about bringing people together and bringing something to the community," Walcott told the BBC for their latest Premier League community feature. "The community supports us in so many ways so we want to do it back to them."