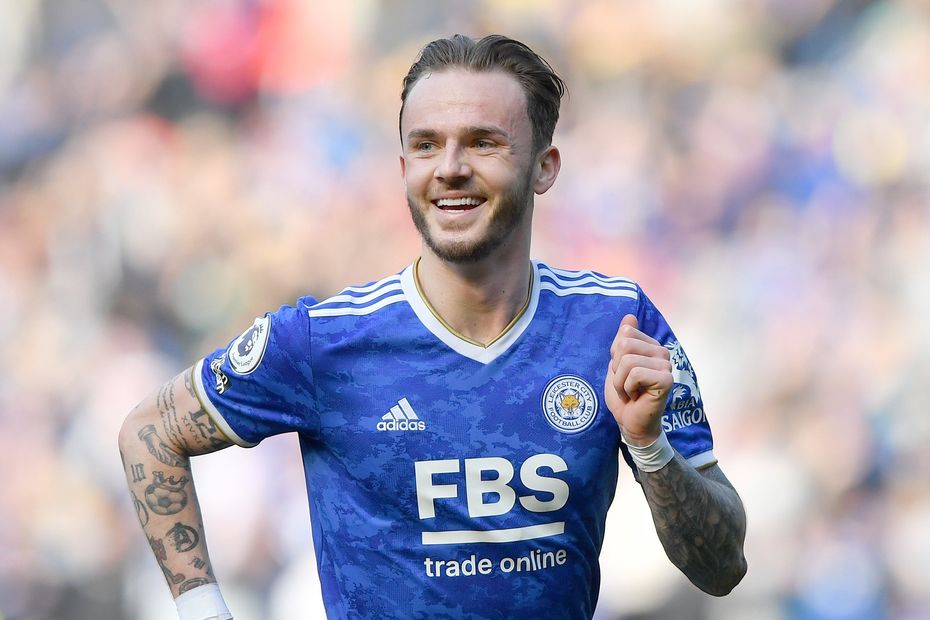 A home encounter with Crystal Palace gives James Maddison (£6.8m) the chance to reward his growing number of owners in Fantasy Premier League.

The Leicester City midfielder is the most-bought player in the Gameweek, earning over 110,000 transfers in ahead of Friday’s 18:30 BST deadline.

Maddison has been the Foxes’ top-scoring player at King Power Stadium this term, amassing 71 points thanks to four goals and five assists.

He has also been their most reliable player for big scores in 2021/22 Fantasy, claiming five double-figure hauls in his 27 appearances.

Maddison is picked in a Selection that lines up in a 3-5-2 formation, with Harry Kane (£12.5m) handed the armband and Mohamed Salah (£13.3m) named as vice-captain.

Arsenal’s No 1 hosts a Brighton & Hove Albion side who have scored just once in their last seven matches. Ramsdale kept a clean sheet and earned six points against the Seagulls in Gameweek 7 this season.

The Chelsea centre-back visits Southampton in his most consistent run of form in Fantasy. Rudiger has produced returns in each of his last five outings, collecting 30 points thanks to one goal and four clean sheets.

Tottenham Hotspur’s wing-back is the most-bought defender in the Gameweek, earning over 84,000 transfers in. Doherty has delivered at least 14 points in three of his last six matches, combining two goals and four assists with three clean sheets.

Newcastle United’s centre-back offers multiple routes to returns at home to Wolverhampton Wanderers. Schar has amassed 44 points in the last six Gameweeks that he has played in thanks to two goals, an assist, two clean sheets and seven bonus points.

Liverpool’s Egyptian has scored in four of his last five meetings with Manchester City, including a 13-point haul at Anfield in Gameweek 7. Away from home, Salah’s 11 goals, 54 shots and 20 big chances are all league-leading totals.

The South Korean has produced double-figure returns in back-to-back Gameweeks for the first time this term. Son has totalled 27 points across Spurs’ last two matches, scoring three goals and providing an assist.

At home, his 13 shots on target and 19 key passes are both team-leading totals for Leicester.

Arsenal’s winger is the second most-popular midfielder in Fantasy, found in 33 per cent of squads. At home, Saka’s totals of 44 shots and 34 chances created are both more than any other Gunners’ player.

West Ham United’s talisman returned from injury last weekend to record a 13-point haul against Everton, his seventh double-figure score of 2021/22 Fantasy. Now facing Brentford, Bowen scored and earned seven points in his previous meeting with the Bees in Gameweek 7.

Spurs’ striker visits Aston Villa on the back of four double-figure hauls and a single blank in his last eight matches. Kane has scored seven goals and supplied five assists in that run, delivering 70 points.

The forward has scored in four of Crystal Palace's last seven matches in all competitions. Mateta has recorded eight shots in the box over the last four Gameweeks, at least double the total of any team-mate.