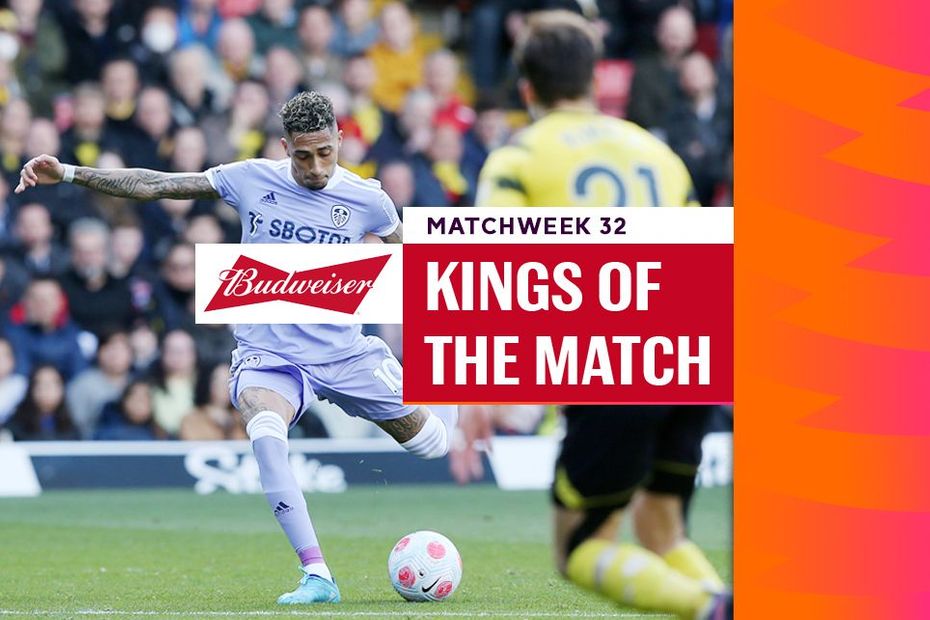 See which players earned the backing of supporters, including Leeds United's Raphinha

After the final whistles in Matchweek 32 of 2021/22, thousands of supporters voted to crown their Budweiser Kings of the Match.

See who came out on top across the weekend's matches, and click on the results below to find out how the voting went.

The Newcastle United striker scored his first home goal from the penalty spot to send his side 10 points clear of the relegation zone.

His goal was enough to earn Everton a crucial victory and boost their hopes of Premier League safety.

The midfielder scored one goal and assisted another as Brighton & Hove Albion earned a first win in eight matches.

Mount produced an excellent performance, creating the opening goal and then scoring twice himself.

The Brazilian scored Leeds United's first goal in their victory to secure over two-thirds of the vote.

He struck his 12th league goal of the season after assisting Bryan Mbeumo's opener. Toney was rewarded with over three-quarters of the vote.

Maddison was influential once again, providing the assist for Kiernan Dewsbury-Hall's goal, which ultimately proved to be the winner.

Pukki's late strike sealed a fifth win of the season for Norwich City, and he earned over two-thirds of the vote.

The Belgian fired Manchester City ahead in their thrilling draw with Liverpool as they maintained their lead in the title race.