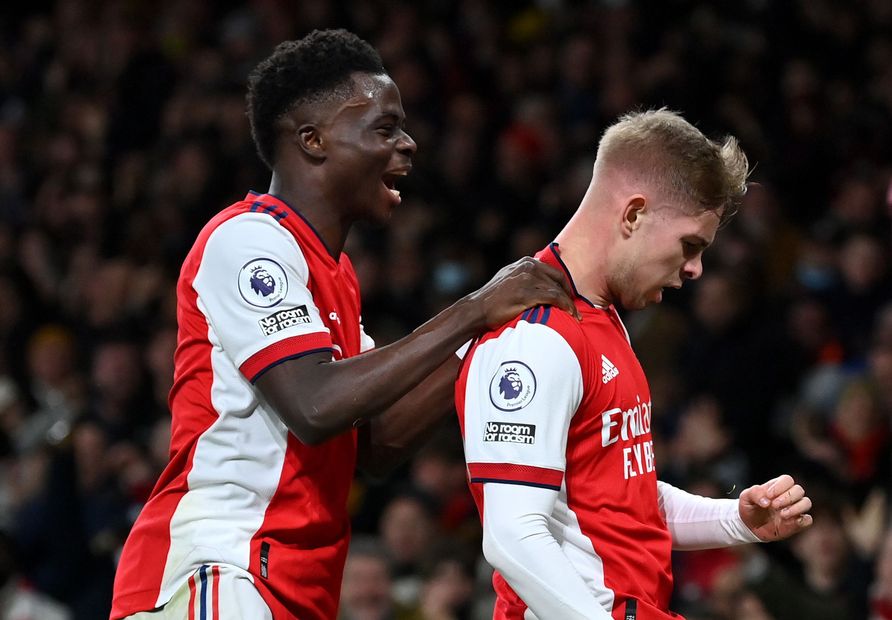 Bukayo Saka (20) and Emile Smith Rowe (21) are Arsenal’s leading Premier League scorers this season with nine goals each. Only twice has a club had two players reach double figures while aged 21 or younger in a single PL campaign – Leeds United in 1999/00 (Harry Kewell and Michael Bridges), and Manchester United in 2006/07 (Wayne Rooney and Cristiano Ronaldo).

Crystal Palace have failed to win any of their five Premier League home matches in 2022 so far (D2 L3), while in the FA Cup the Eagles have won all three at Selhurst Park by an aggregate score of 8-1. Only Watford (eight) and Brighton (six) are on longer winless home runs in the Premier League than Palace.

Arsenal have won each of their last five Premier League away matches. They last won more consecutively on the road between March and September 2013 (eight), while they last did so within the same season between January and May 2002 (also eight).

Palace have won just one of their last 17 Premier League London derby matches (D8 L8), beating Tottenham Hotspur 3-0 in September this season. The Eagles have never beaten both Arsenal and Spurs within the same league campaign before.