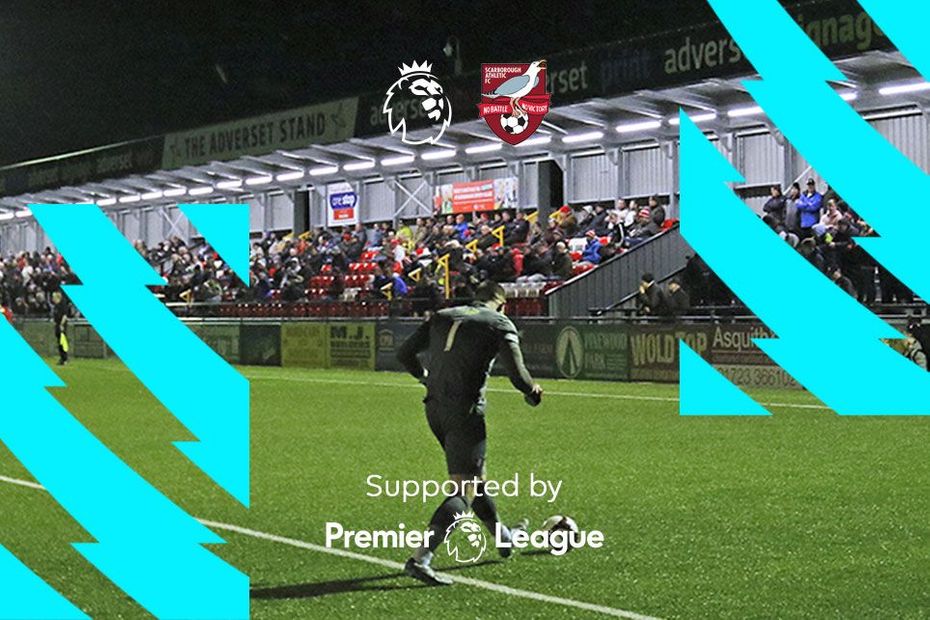 Ahead of Non-League Day, we look at how PL helped reformed club get facilities to restore former success

Saturday 26 March is Non-League Day, with fans encouraged to attend a non-league match in their area, and we are highlighting non-league clubs who have benefitted from the support of the Premier League.

They are only 15 years old but Scarborough Athletic FC are looking up towards Football League status thanks, in part, to support from the Premier League.

The club were formed in June 2007 by a supporters' trust after the winding-up of Scarborough Football Club.

They started in the 10th tier of the football pyramid, the Northern Counties East League Division One.

After 10 seasons of groundsharing at Bridlington Town, Scarborough Athletic were able to move into a new stadium in their home town in July 2017.

Now with Premier League support of a £150,000 grant, they boast a new 1,138-capacity covered stand that has increased overall capacity to 2,833 and provides their fans with shelter and much-improved facilities.

Speaking in 2019, Scarborough Athletic FC chairman Trevor Bull said: "This is a great example of how the Premier League finances have underpinned what we are trying to do.

"They've helped us get back to the town and contributed toward the stadium.

"[Premier League support] is not just about giving money, but all the advice that comes alongside it because we wouldn't have known where to start. So that was great."

"It is not just about giving money, but the advice that comes alongside it because we wouldn't have known where to start"

As part of the project, the club has also significantly improved disabled spectator provision with the creation of an additional eight covered wheelchair spaces in the existing seated stand at the upper concourse level, with direct level access to refreshments, toilet provision, and accessible parking facilities.

Scarborough Athletic have risen to the Northern Premier League Premier Division, three levels below League Two, and on Non-League Day will have a home match with Matlock Town as they look to deal promotion. If they do, they now have the facilities to cope with the increased crowds that success will bring.