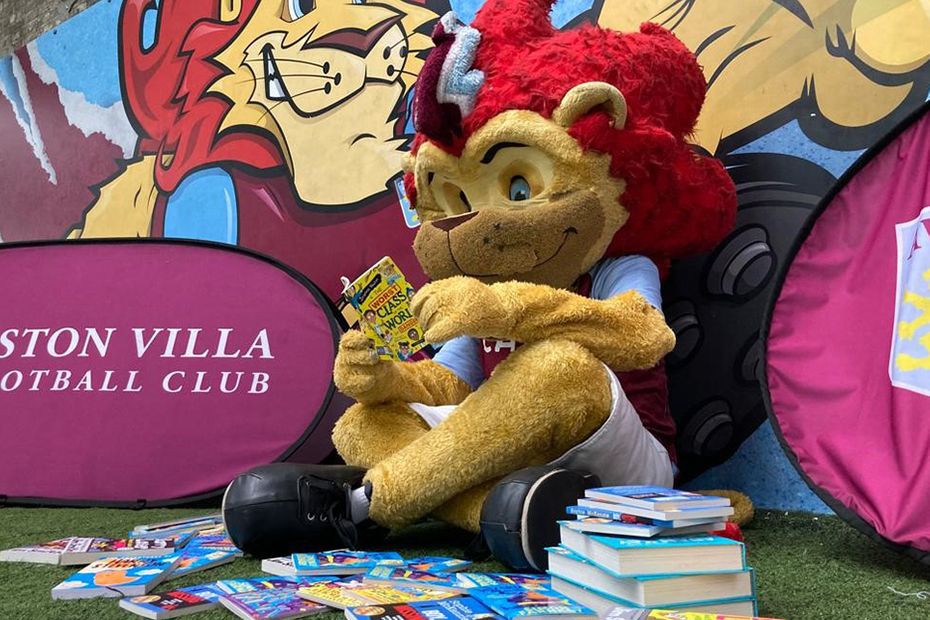 The books are being given to primary schools across England and Wales via the 81 clubs that run PL Primary Stars in partnership with the National Literacy Trust.

Since Premier League Primary Stars started in 2016, 152,000 free books have been gifted to young people.

The availability of books is vital for generating a love of reading as, according to National Literacy Trust research, children who own their own books are nearly three times more likely to enjoy reading.

"Thank you for your continued support of children's learning."

"This is an amazing feat - that's roughly the equivalent of a full Old Trafford, twice!" says Cressida Cowell, author of the popular "How To Train Your Dragon" books.

"Thank you for your continued support of children's learning and supporting my vision as Waterstones Children's Laureate for every child to have their own book. Reading truly is magic."

On World Book Day itself, there was also an online Premier League Primary Stars football and book quiz, featuring authors Alex Bellos and Ben Lyttleton, which had more than 65,000 pupils tuning in from across England and Wales.

Premier League, Football League and Women's Super League players also got involved by contributing questions for one of the rounds.

One pupil who has been helped by the work of Premier League Primary Stars is nine-year-old Riley from Magdalen Gates School in Norwich, who has dyslexia and refused to read or participate in reading lessons.

At first he struggled to engage but slowly he began to gain confidence, participating in class discussions and eventually reading out loud to a member of the Foundation's teaching team.

"We could instantly see that Riley was engaged in learning," Magdalen Gates deputy head Chloe Demeuzois told the Community Sports Foundation's official website. "He has been alert and attentive in lessons and keen to join in and share his ideas. It has been great to see his personality shine through."

📕 @Arsenal's Rob Holding has a #WorldBookDay inspired challenge for you

We’ve been celebrating #WorldBookDay at Bredbury Green Primary this morning, accompanied by a very special guest 👀👹

A little challenge to celebrate #WorldBookDay. We've hidden Willy Boly in the crowd in one of these images. Can you find him?

For #WorldBookDay, we asked our Schools team to read an excerpt from their favourite book. 📚👇 pic.twitter.com/jKVhGLvCoM