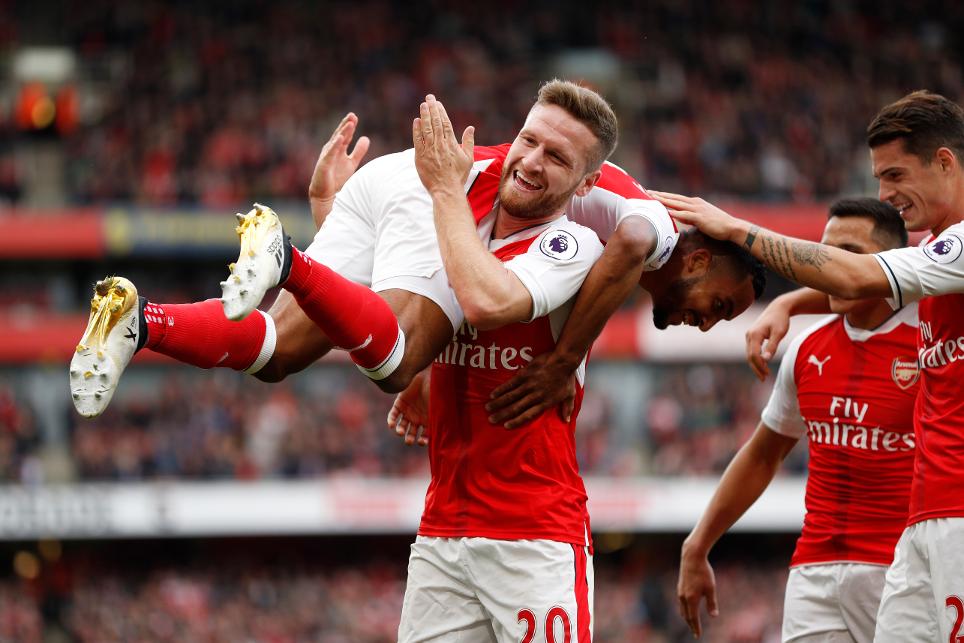 Defender passed fit for match with Crystal Palace, but Theo Walcott ruled out

Wenger - Why Chelsea are the favourites External Link

Arsenal lost two and won one of the three Premier League matches the German centre-back missed with a hamstring strain.

With Mustafi's return Wenger has other fitness worries to contend with, the injured Theo Walcott among them at Emirates Stadium.

"Mustafi is fit again and we have one or two uncertainties," Wenger told arsenal.com. "We have a few with flu."

We've got some updates on the squad ahead of #AFCvCPFC...https://t.co/v8egIT6tnh

See: Wenger on Debuchy, transfers and the Ox