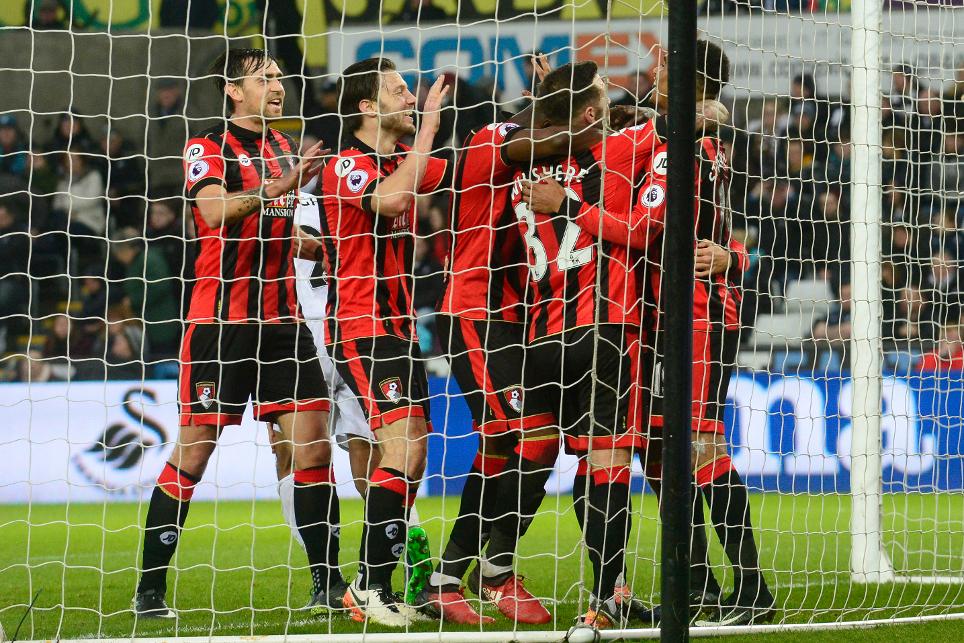 Benik Afobe opened the scoring for the visitors when he picked up a loose ball after Lukasz Fabianski saved Jordi Amat from diverting the ball into his own net.

The Cherries doubled their lead just before the break when Ryan Fraser bundled the ball home from close range from Junior Stanislas' cross.

Victory was sealed in the closing stages as substitute Josh King finished off a counter-attack to score for the third consecutive PL match against the Swans.

The result leaves Swansea one point behind Hull City after their fourth straight defeat while AFC Bournemouth are up to 10th.