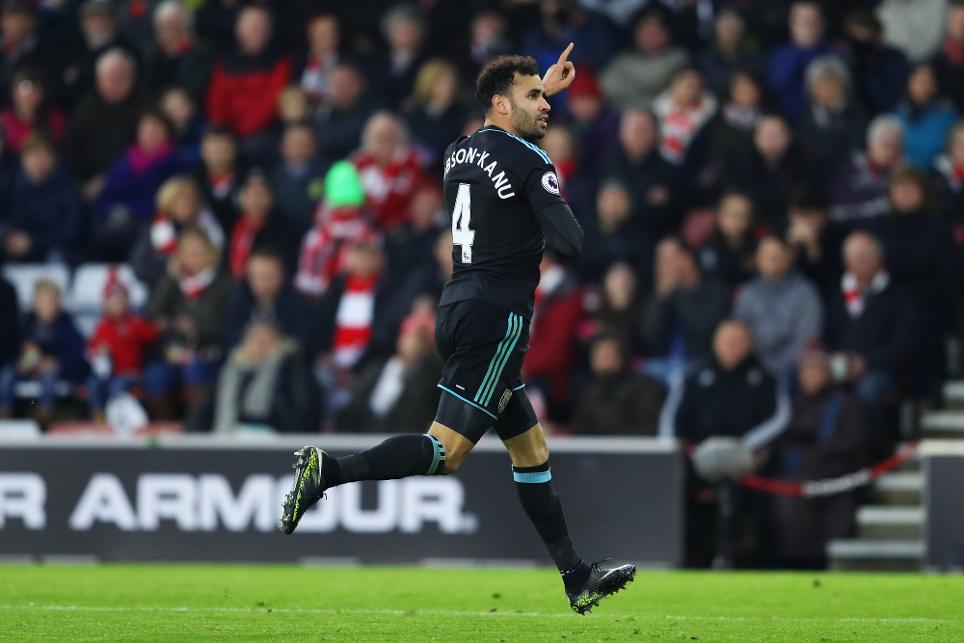 Shane Long gave Saints the lead on 41 minutes with a near-post header from Dusan Tadic's corner, but less than two minutes later the Baggies were all square through Matt Phillips.

The Baggies had lost to Manchester United and Arsenal in their last two but ensured they returned to winning ways as Robson-Kanu fired a wonderful left-footed strike into the top corner.

And any hopes of a home comeback were dashed when Virgil van Dijk was sent off for a second yellow card as Southampton suffered a 2-1 defeat at St Mary's Stadium.