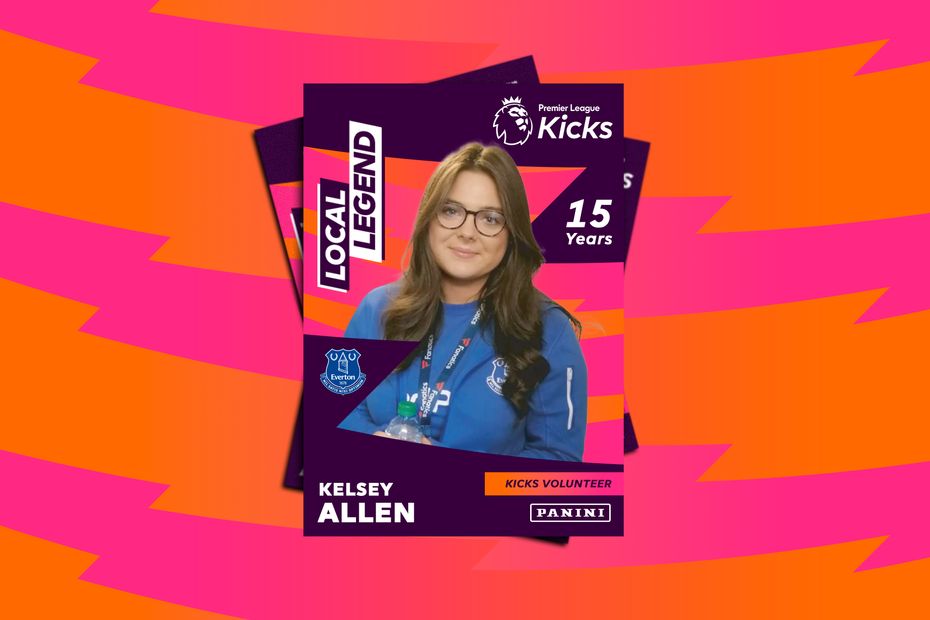 By using football as a way to engage young people in positive activity, Premier League Kicks is able to develop coaches and role models who have a wider impact in the local community.

One of those role models is 18-year-old Kelsey Allen, who joined Everton in the Community's (EitC) PL Kicks programme in 2018 to help build her self-esteem.

"She had low confidence and would say things like she wouldn't be able to get a job," says Sue Gregory, EitC director of youth engagement.

"She didn't want to play football but she did want to get involved."

Kelsey soon became a regular at the PL Kicks sessions and with her confidence improving, she began to volunteer for a variety of community activities. She has worked in care homes, made care packages for homeless people and helped to clean up a regeneration housing area in Anfield.

As an example of how much she has progressed, Kelsey recently delivered an anti-bullying classroom session to schoolchildren using resources she developed herself.

"To see her confidence grow has been unbelievable," Gregory says. "Three years ago she wouldn't even be able to walk into that classroom, let alone speak to the children.

"Looking at her deliver that lesson, she could become a teacher. She was so natural, I was really immensely proud of her."

Kelsey has been named as Everton's "Local Legend" as part of the PL Kicks 15-year anniversary celebrations and was presented with her own Panini card at a special event at EitC's The People's Hub.

"PL Kicks has really helped and it has showed me the different things I can do," she says. "It's had a really big impact on me."

Kelsey is one part of the success story of Everton's PL Kicks programme, which they started running in the 2011/12 season. During that time EitC have delivered more than 24,000 hours of free activity and engaged more than 10,000 participants.

"Over the last 15 years, lots of community facilities and youth clubs have unfortunately closed down," says EitC executive director Richard Cronin. "Premier League Kicks has been a beacon and a constant in these communities where young people can go.

"They can engage in sporting activity safely. They can learn other things, be involved in workshops and community action projects. It's incredibly important."