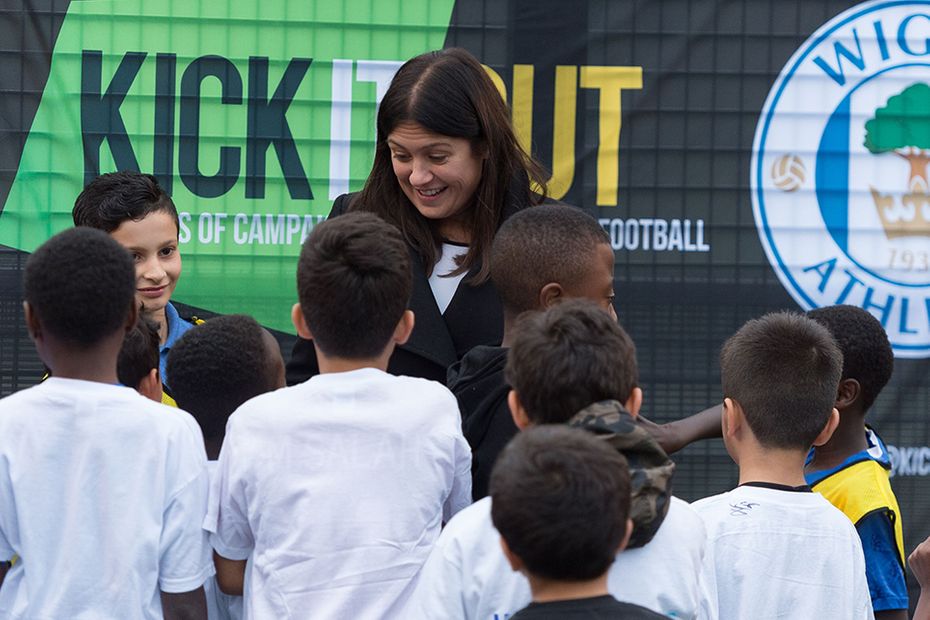 Over the last 15 years, Premier League Kicks has been using the power of football to support those most in need in communities across England and Wales.

Lisa Nandy, Wigan MP and Shadow Secretary of State for Levelling Up, Housing, Communities & Local Government, has seen for herself how the Wigan Athletic Community Trust has used the programme to make an impact in the constituency.

"Football can break down those barriers in a way that other things can't and that's why it matters so much.

"It's not just that we're going into communities where young people haven't had those opportunities but that we're doing it through a football club which is loved and known by those young people.

"They develop really strong relationships and start to give those young people some hope and ambition on what they can achieve."

"It brings those young people into the conversation and gives them real power about the future of our community.

"The thing that has struck me about watching the sessions is that when coaches or players with Wigan Athletic shirts on walk through the door, they suddenly sit up, engage and take notice. They want to be part of it and you can feel the excitement roll off them in waves. It's just it's exciting to be around.

"I'm a big champion for Premier League Kicks and for the work that our Community Trust does but more importantly, the young people who have been through it become the biggest champions and I don't think there's any greater compliment that you can pay to a programme then that.

"They feel deeply invested in it. That is the biggest sign of success. I would encourage any young person who's thinking about getting involved, or anybody who's got something to offer to the programme, to step up and do so.

"But don't listen to me, listen to those young people who have already done it.

"It provides that safe space where young people know that they can come, try things and take risks. They don't even have to be good at the activities, they just have to get involved.

"It's been amazing to watch a lot of our young people grow in self-confidence, not just on the pitch or through the community work that we do but going off to get apprenticeships to get jobs.

"It's been a real lifeline for a lot of young people and it's also been the way that our community has been able to get stronger, to allow those young people to make a contribution to the place where they live."