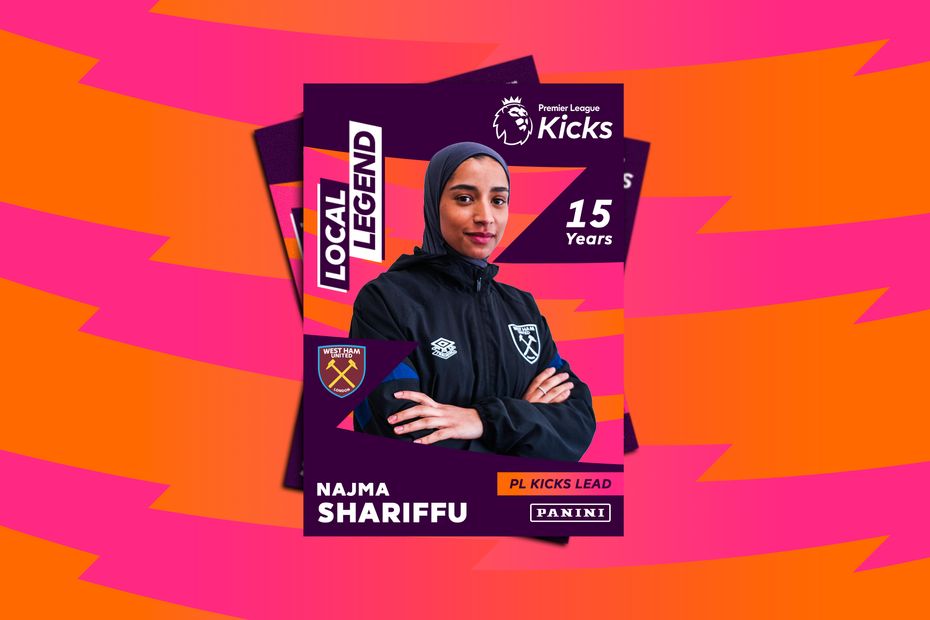 When Najma Shariffu started going to West Ham United Foundation's Premier League Kicks programme 11 years ago while at school, she could never have predicted where her association with the scheme would take her.

"I just wanted a place where I could have fun and relax and just enjoy with my friends," she says.

"When I first started, I was extremely shy. I struggled a little bit with my anxiety so it was hard for me to go into new situations and interact with people that I didn't know."

With the support of Foundation coaches, Najma began to overcome her fears and form bonds with those around her at Kicks.

"I wanted to develop my playing ability but then when I came, and I realised that I've built relationships with coaches and with players, I kind of just wanted to continue to come to enjoy, have some sort of a break from my day to day," she says.

And that development played an important part in helping Najma progress from being a nervous participant to a programme coach and co-ordinator.

"When I first started coaching, I didn't know how to project my voice so that the participants could hear me," she says.

"I didn't know how to best engage with them to make sure that I was getting the most out of their development. But now I've been able to overcome all of those through building my confidence."

After volunteering with the programme and completing her college studies, Najma became a full-time PL Kicks coach in 2017, helping to mentor the next generation.

"I was given the opportunity to volunteer as a coach as well as opportunities to take part in employability programmes," she says.

"So I gained my FA Level 1 badge and then just started volunteering, coaching the young people. I thought that that was the best way for me to give back from everything that I gained from here."

Joseph Lyons, the West Ham United Foundation CEO, says the PL Kicks programme has been crucial in helping to offer stability and support to youngsters in high-need areas.

"Premier League Kicks has really given us the foundation that we needed in terms of engaging with young people from the local area. It has also helped to create a safe environment where young people can enjoy their football," he says.

"Going back over the last 15 years, we would have had young people turning up here who have had to get away from some situations, and they need this environment."

To mark the 15-year anniversary of PL Kicks, clubs are celebrating their own 'PL Kicks Local Legend'. Najma has been chosen as West Ham's Local Legend, receiving recognition for her progress and commitment with a presentation of her own Panini card by the club's former striker Carlton Cole.

A surprised Najma says: "I think it's important to show the effects the Premier League has had on people's lives."