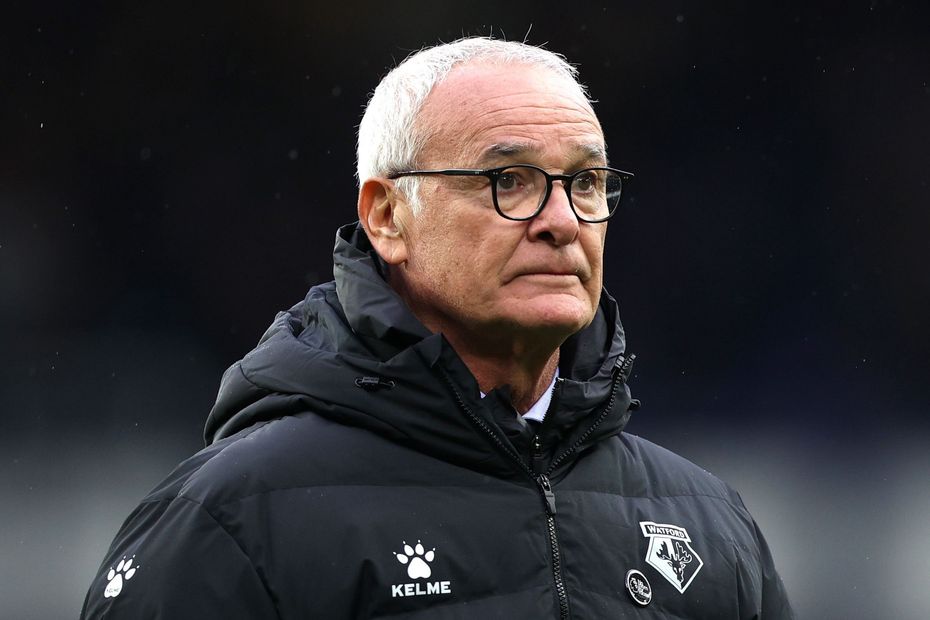 Watford have parted company with their head coach Claudio Ranieri, the club have announced.

Ranieri, 70, leaves following a 3-0 home defeat by Norwich City last Friday that left Watford second from bottom of the Premier League table with 14 points from 20 matches.

A club statement read: "The Hornets' Board recognises Claudio as a man of great integrity and honour, who will always be respected here at Vicarage Road for his efforts in leading the team with dignity.

"However the Board feels that, with nearly half of the Premier League campaign remaining, a change in the Head Coach position now will give a new appointment sufficient time to work with a talented squad to achieve the immediate goal of retaining Premier League status.

"No further club comment will be made until this new appointment is confirmed in due course."

Ranieri, who famously guided Leicester City to the 2015/16 Premier League title, took over from Xisco Munoz at the start of October with the club lying 15th following two wins from seven matches.

The Italian helped the Hornets to two victories in his first five matches, a 5-2 win at Everton and a 4-1 success against Manchester United, but seven points from a possible 39 have left Watford involved in a relegation battle.

Watford are next in action at fellow strugglers Burnley on Saturday 5 February.