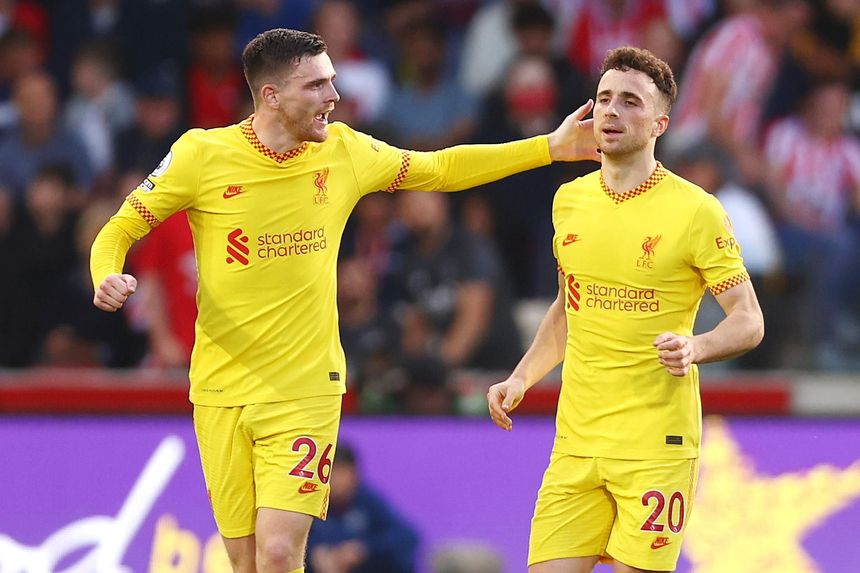 Managers in Fantasy Premier League who are looking to triple up on Liverpool should consider picking Andrew Robertson (£7.1m) over Diogo Jota (£8.4m).

The left-back extended his fine run of form with two assists and 11 points against Crystal Palace on Sunday afternoon.

Robertson has amassed 66 points in his last eight appearances, combining one goal and seven assists with four clean sheets and 13 bonus points.

Yet he is owned by a mere 4.1 per cent of managers.

Jota, who can be found in 39.8 per cent of squads, has half as many points over his last eight outings.

The imminent return of Mohamed Salah (£12.7m) from the Africa Cup of Nations (AFCON) will force a rethink on Liverpool assets.

The Egyptian has more than halved in ownership during his absence and is now found in just 36.1 per cent of squads.

However, he is expected to be available for the Reds’ home match against Leicester City in Gameweek 24.

Salah and Trent Alexander-Arnold (£8.5m) are the two top-scoring players in Fantasy and provide the best routes into the Reds’ XI.

Robertson’s form, combined with his kinder price tag, makes him a more appealing option than Jota for those keen to triple up on Jurgen Klopp's players.

Cash in on Chelsea defenders

The case for Robertson is enhanced by Chelsea's reduced schedule, with Thomas Tuchel's side set to blank in three of the next four Gameweeks.

Antonio Rudiger and Reece James (both £6.2m) are among the seven most-popular defenders, while Marcos Alonso (£5.7m) is owned by 11.3 per cent.