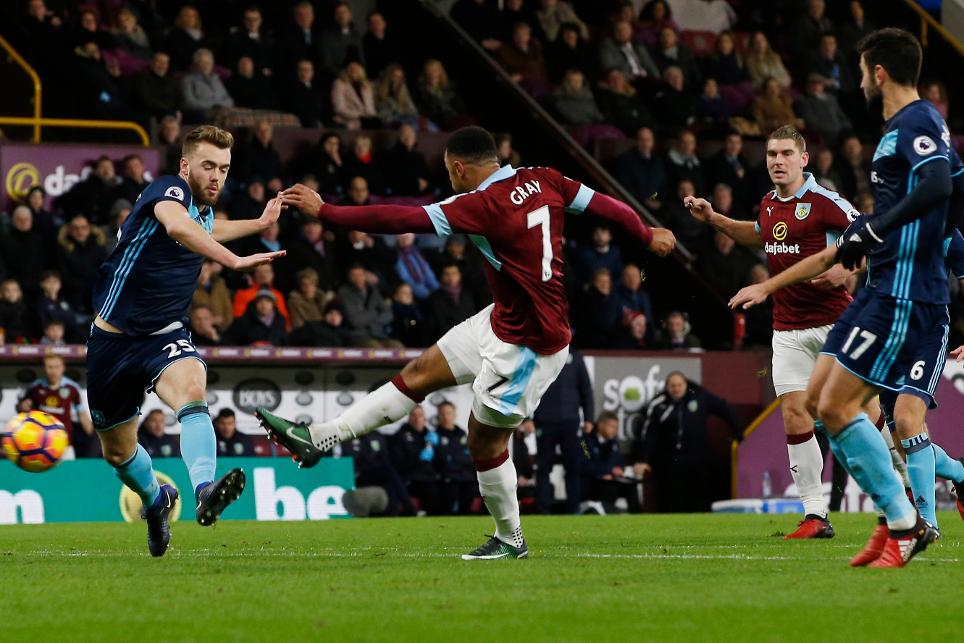 Alvaro Negredo fired in an early close range strike but the Boro forward's effort was disallowed for an earlier infringement.

Victor Valdes twice came to the rescue for Middlesbrough, tipping an Ashley Barnes header around a post and keeping out a long-range George Boyd shot.

But just as it seemed it would end goalless, Gray reacted first to connect with a volley that Valdes could only help into the net.