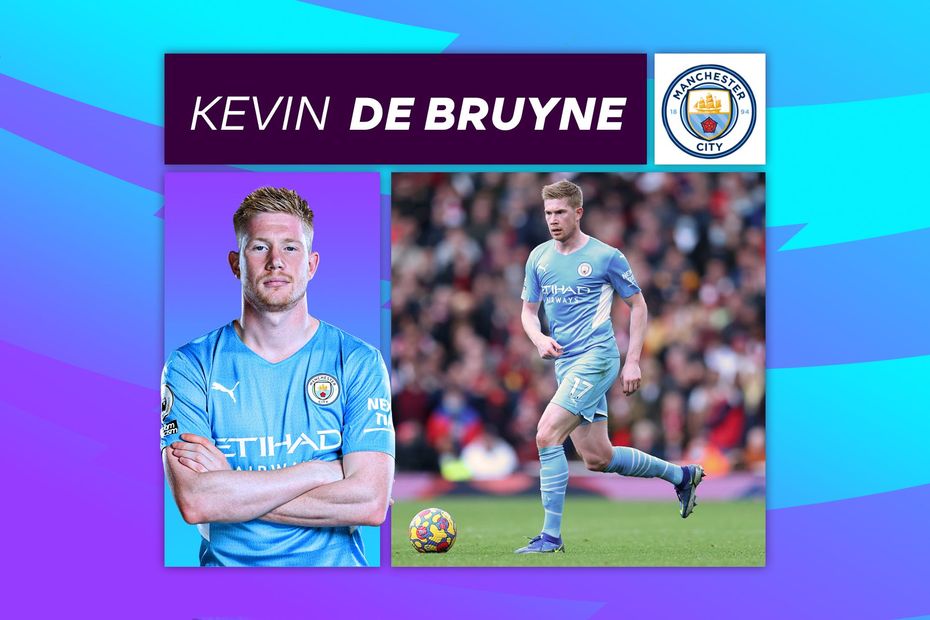 Playing for one of the most imaginative sides in Premier League history, De Bruyne remains Manchester City's most creative player.

Injury issues affected the Belgian's form earlier in the campaign and some even feared he may never recapture the elite standards that produced 19 goals and 32 assists across the previous two seasons.

De Bruyne now looks back to his physical peak and, as demonstrated by his sparkling performance in the 7-0 rout of Leeds United, he has been his influential best in his last five starts.

So often the match-winner against former club Chelsea, having scored four times against them in the past, De Bruyne will approach this weekend's top-two encounter in an ideal frame of mind.

Despite featuring for only 48.8 per cent of Man City's Premier League season so far, De Bruyne is nonetheless the team's leading chance creator.

The 30-year-old has laid on 36 key passes, five more than Bernardo Silva and Jack Grealish, 10 more than Riyad Mahrez and Gabriel Jesus, making him the most efficient attacking midfielder at Pep Guardiola's disposal.

The only surprise is that he has registered just one assist so far.

With an average of 3.51 shots per 90 minutes, De Bruyne's goal threat will also concern Chelsea.

Scoring five times at a rate of one goal every 184.6 minutes, he is not too far behind Chelsea striker Romelu Lukaku's 165.6, so his runs from deep will need to be tracked closely.

During City's 1-0 win at Stamford Bridge in September, Chelsea's midfield lynchpin Jorginho was smothered inside his own half.

Unable to stem the flow of Guardiola's bewitching pass-and-move football around him, the Italian was restricted to just 34 passes in 76 minutes.

And only seven of those passes were aimed into the opposition half.

In Saturday's lunchtime reunion, Jorginho will aim to assert far more control from the base of the Chelsea midfield.

When he is given time and space to slip early, forward passes into Mason Mount and Lukaku, Chelsea are a different proposition as an attacking force.

So part of De Bruyne's brief, especially if he operates centrally behind the main striker, will be to deny Jorginho that space he craves.

In possession, the Belgian's driving runs from between the lines will also test Jorginho's defensive skills.

As the player who has regained possession more times than any other Chelsea outfielder (127) this term, Jorginho is the best man available to patrol that area in front of the defence.

This engaging duel between Jorginho and De Bruyne looks set to be the most important.

If the Chelsea midfielder takes control, it will lay a strong foundation for Thomas Tuchel's side to deny City a 12th straight win.

But, should De Bruyne maintain his recent influence and drive City to victory, it will move the champions 13 points clear of their opponents and effectively end their title challenge.