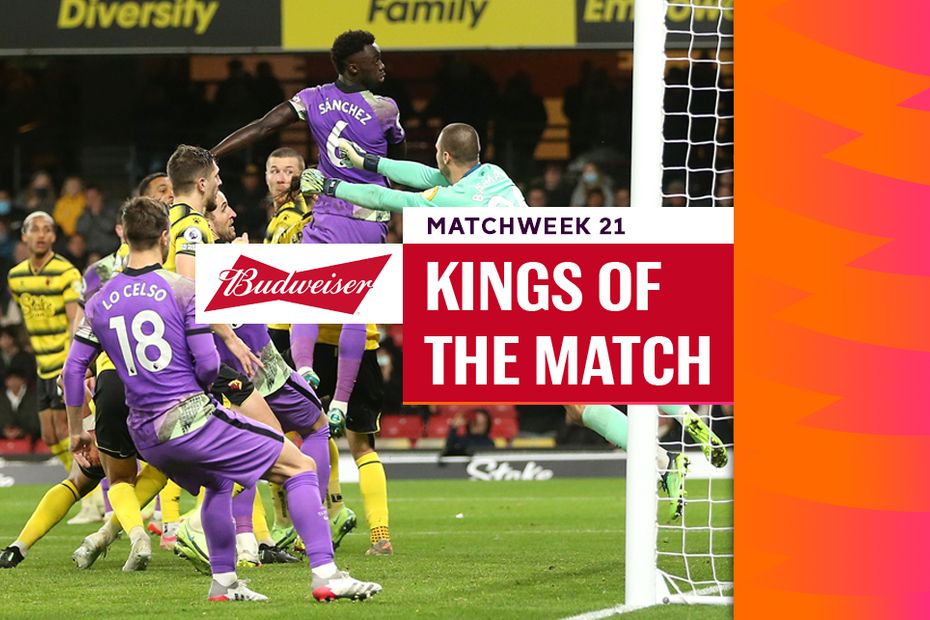 See which players earned the backing of supporters, including Spurs defender Davinson Sanchez

After the final whistles in Matchweek 21 of 2021/22, thousands of supporters voted to crown their Budweiser Kings of the Match via the official Premier League website and app.

Click on the results below to see how the voting went.

The midfielder's fourth goal in three matches helped him pip Manchester City match-winner Rodri by 0.5 per cent of the vote.

The Tottenham Hotspur defender claimed over half of the vote after his stoppage-time winner.

The Dane scored his first goal for Brentford and assisted the other in the Bees' turnaround victory.

The Argentinian scored his third and fourth league goals of the season, including a fine strike from range, to earn 39.1 per cent of the vote.

The Northern Irishman restored Leeds United's lead and returned them to winning ways at Elland Road.

After showing brilliant skill to score Liverpool's second, the Egyptian polled 42.9 per cent of the vote.

Picked the perfect time to net his first goal of the season as the 35-year-old secured Wolverhampton Wanderers' first Premier League win at Old Trafford.

Netted his fifth goal of 2021/22 to claim the majority of the vote as Southampton recorded their biggest win of the season.

Two goals from the in-form West Ham United forward helped his side move up to fourth in the table.