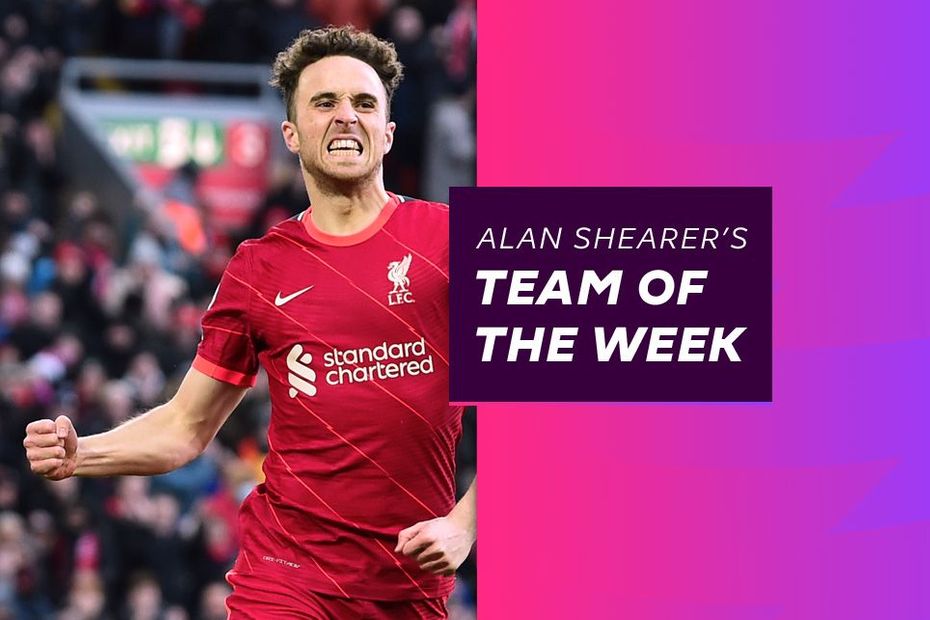 Liverpool wasted no time in getting off the mark against Southampton, taking just 97 seconds to make the breakthrough thanks to Diogo Jota.

That was the first of two goals for the Portuguese, who, according to Alan Shearer, gave an outstanding performance in Liverpool's 4-0 win at Anfield.

Jota's display earned him a place, alongside two of his team-mates, in the Matchweek 13 Team of the Week chosen by the Premier League's all-time top scorer and Hall of Fame inductee, Shearer.

Aaron Ramsdale (ARS)
He made a brilliant save from Jonjo Shelvey at 0-0, a big moment in the match.

Virgil van Dijk (LIV)
Strong in every department, scoring a well-taken volley and keeping a clean sheet against his former side.

Thiago Silva (CHE)
He makes defending look easy at times, and this was one of those matches. Superb again.

Andrew Robertson (LIV)
Magnificent in every department. He was solid defensively and provided some wonderful crosses, including an assist for the opening goal.

John McGinn (AVL)
He was always a threat so it was no surprise when he popped up with his decisive goal.

Marvelous Nakamba (AVL)
Ran the midfield. That is just the kind of performance that Steven Gerrard will be looking for.

James Maddison (LEI)
With a goal and two assists, this was much more like it from a talented player who has had a quiet spell.

Jamie Vardy (LEI)
There are no signs of him slowing down after his latest two goals.

Manager: Steven Gerrard (AVL)
What a start, with two wins from two. He has stamped his mark on his team straight away.