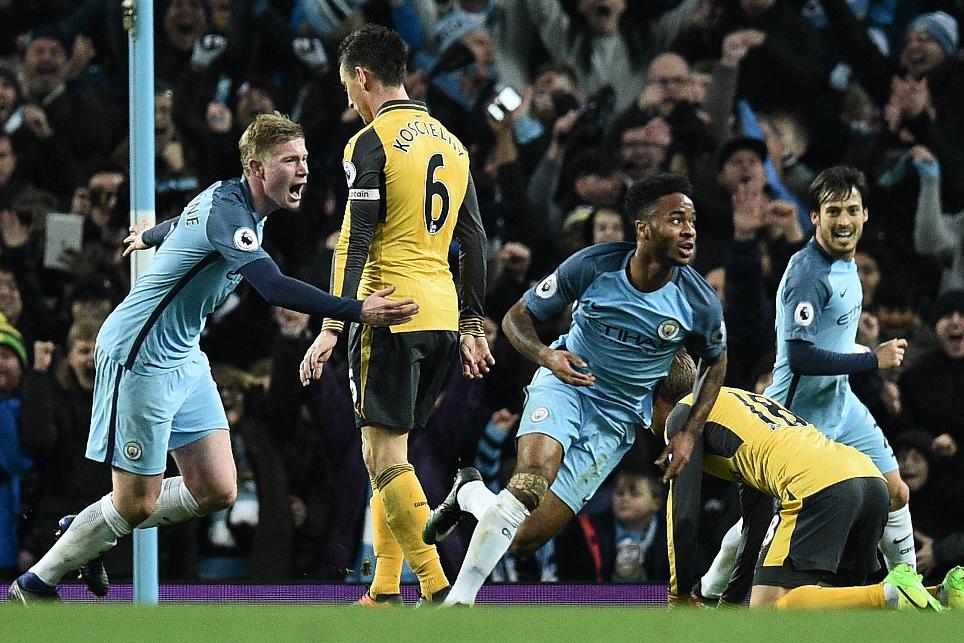 Man City roar back to form against Gunners External Link

Manchester City came from behind to beat Arsenal 2-1 and move above them, into second place.

Theo Walcott fired Arsenal ahead at the Etihad Stadium on five minutes, from Alexis Sanchez’s through-ball.

City did not wait long after the break to equalise. Leroy Sane converted David Silva’s chip over the defence two minutes after the restart.

Petr Cech denied Sane a second on 61 minutes but City’s winner came on 71 minutes when Raheem Sterling, found out wide by Kevin De Bruyne, cut inside and beat Cech at his near post.

Arsenal slip to fourth, nine points behind Chelsea, the leaders, while City go above Liverpool, who play Everton tomorrow.